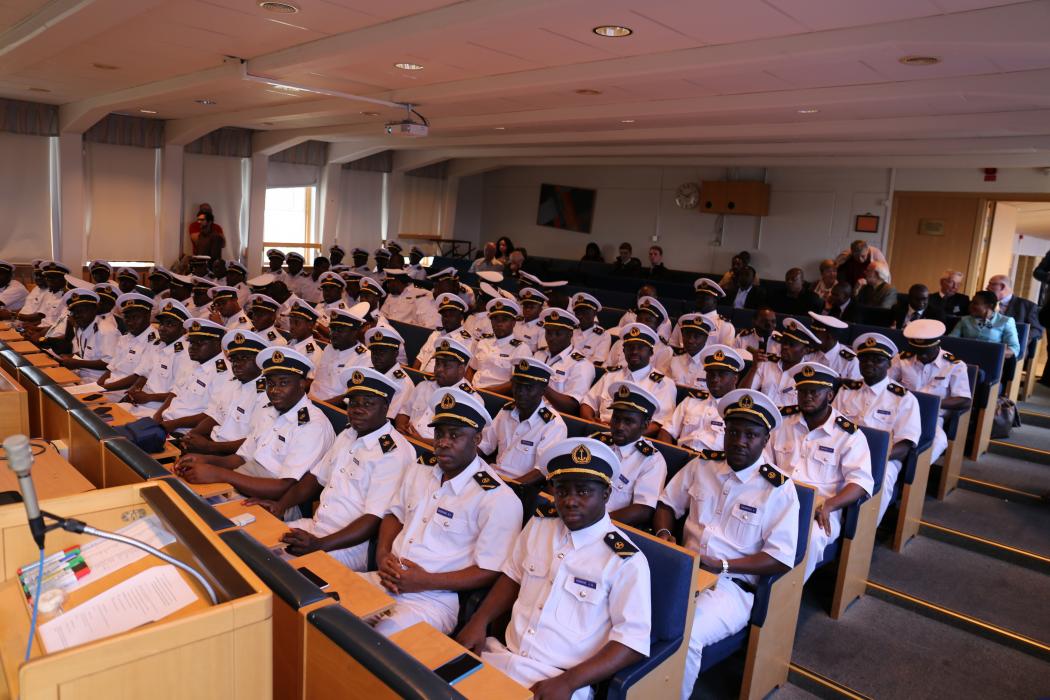 The two associations agreed that it was necessary for them to work closely together to addressing challenges confronting seafarers in the maritime industry and to close the employment dearth in the profession.

The two unions at a meeting held in Lagos, reiterated their commitment to look inward and map out grey areas affecting seafarers in the country with a view to nipping them in the bud.

Regretting the negligence of the government, the two groups resorted to standing up to the occasion.

The six- man technical committee is made up of three members from each of the unions and have been mandated to carry out research work on the best way to empower seamen.

Speaking at the meeting, President General MWUN, Comrade Adewale Adeyanju maintained that the two unions have what it takes to accommodate each other in the fight for workers welfare and anti- labour activities.

Adeyanju stressed the need for the two unions to synergize and engage ship owners, manning agents and the government constructively in bridging the yearning gap affecting seafarers in the country.

According to him, government and ship owners should consider engaging their own seafarers in fulfilment of the cabotage act, pointing out that Nigerian seafarers are responsible professionals who can compete with their foreign counterparts globally.

“NIMASA should look inward on how to open a window on how to engage the ratings and officers on how best to come out of this quagmire we find ourselves.

He maintained that Nigerians are been marginalised in their own country, stressing the need for the revamping of defunct Nigerian National Shipping Line (NNSL).

Adeyanju assured that MWUN and NMNOWTSSA will work together in order to address the anomalies confronting seafaring profession in the country.

“NNSL has been liquidated but are we saying that the government cannot revive that shipping line to boost capacity and generate revenue for the country”,he queried.

Continuing:”We have the resources, we have the manpower and we just have to work together for government to understand that we are one and with one voice government will have a rethink to refloat NNSL”, Adeyanju stressed.

Earlier, the National President of NMNOWTSSA, Engineer Bob Joseph Yousou described MWUN as the most powerful union in the country and the seafarers union is proud to associate with it.

Yousou reiterated that both junior and senior workers aboard ships are one big family irrespective of their ranks.

The union leader expressed sadness over the death of late Comrade Adeleke Sanni who passed on recently ,saying that the TUC affiliate visit was to commiserate with the maritime workers union.

He noted that the NMNOWTSSA expressed satisfaction over the recent honour bestowed on President General by the Institute of Corporate & Public Sector Professionals. Institute in the United Kingdoms.

He appealed for management of MWUN to work closely with the Merchant Navy union in the area of welfare , job placement and anti labour activities.

“In unity lies our strength ,therefore we just have to work together because the sky is not just the limit but the starting point”.

“We are already working together to achieve the single CBA and we will definitely achieve success”,he added