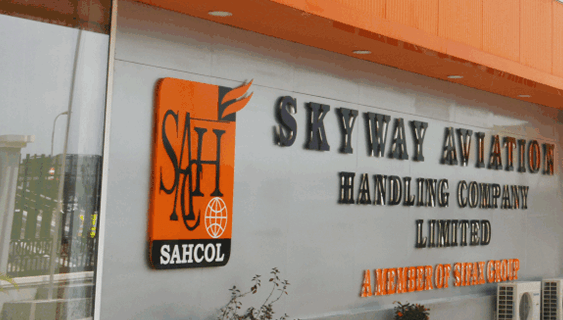 Vanessa Uansohia, Manager, Corporate Communications, SAHCO. revealed this in a statement on Saturday.

Uansohia said that in  a meeting which had in attendance the Director General of the Bureau of Public Enterprises(BPE) and the Chairman of SAHCO, BPE resolved that the benefits of the ex- staff of SAHCOL is to be borne by the Government, through the BPE and not SAHCO.

“The DG however promised to meet with the Union for further negotiations”.

“It should be noted that SAHCO was officially listed as a PLC in 2018, and while BPE was handing over SAHCO to the Stock Exchange, these benefits was not part of the liabilities  handed over .Hence, SAHCO is not responsible for the payment”

“The fortress of SAHCO has grown since Dr Taiwo Afolabi bought SAHCOL from the  Federal Government  with a huge influx of ultra modern equipment, building of the best warehouses in West Africa, massive employment of manpower and intense trainings which has made SAHCO a pride amongst one of the best organisations in Nigeria to work with.

“SAHCO has experienced an influx of choice Airline and Cargo clients from both Nigeria and abroad due to the intense improvement and adherence to global best practices.

“SAHCO who is an ISAGO and RA3  certified service provider, also has a team of engineers who builds aviation ground support equipment from locally sourced equipment all in a bid to exceed customer expectations at all times” the company explain in the statement.