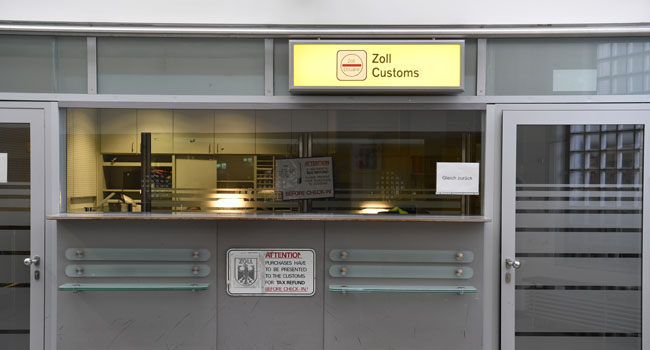 German investigators said Wednesday they had launched a manhunt for suspects who made off with 6.5 million euros (approximately N2.92 billion) in cash after breaking into a customs office.

“The break-in was professionally planned and carried out, three to be yet identified perpetrators used a drill to get to the vault from an adjoining room in the cellar of the building,” police said in a statement.

“From there, they stole about 6.5 million euros in cash.”

The heist, which struck the customs office in the western city of Duisburg, took place on Sunday, November 1.

Witnesses said they had heard drilling sounds at around 6:00 am.

Three hours later, three men dressed in dark clothing and dark knit caps were seen walking in and out of the building to load objects into a white van with sliding doors.

They then drove off with the van.

Another witness noticed a man walking around the customs office before getting into a car and driving off in the same direction as the van.

Photographs of the man taken by the witness were published by police, who are offering a 100,000-euro reward for information leading to the arrest and/or conviction of the suspects.

According to AFP, Germany has been hit by several high-profile heists, with banks and museums frequent targets.

A Berlin court sentenced three men to multi-year jail sentences in February for the spectacular theft of a 100-kilogram (220-lb) gold coin from one of the German capital’s museums.

Police have found no trace of the Canadian coin since the late-night heist in March 2017 from the Bode Museum, located close to Chancellor Angela Merkel’s Berlin apartment.

NANTS urges Govt to report Ghana to ECOWAS over maltreatment of Nigerian  traders.