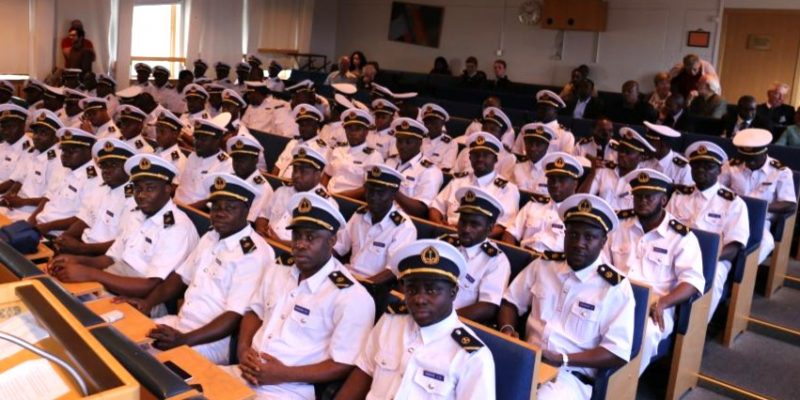 Seafarers world over are essential workers in the shipping industry who ensure that the supply chains of goods and services are not broken.

That is why they are celebrated each year by the International Maritime Organisation (IMO) due to their invaluable contributions to the world economy.

Due to the nature of their job, they are exposed to different types of hazard on the sea which affect them mentally, physically, emotionally, and psychologically.

This is the reason why they are prized possessions of any discerning country.

In most seafaring nations of the world such as the Philippines, India, Russia, and the Netherlands, they are national treasures highly courted due to their economic importance.

However, Nigerian Seafarers do not enjoy such luxury as they operate under the most difficult and  unkind working environment.

That is for those of them who are able to even get jobs to do.

Each year, Nigeria, through its agency, Nigerian Maritime Administration and Safety Agency (NIMASA) often pays lip service to the welfare of its beleaguered seafarers but each year, their condition is everything but better.

Nigerian seafarers are faced with myriad of problems which we make bold to say endanger their working career by the failure of government in its responsibility to protect them.

We shudder at the future prospects of an average Nigerian seafarer who is confronted by debilitating challenges.

He is the most vilified among his colleagues in the world because his certificate is roundly rejected by international sea-going vessels due to his substandard training and certification.

The new generation of Nigerian seafarers are mostly not employable due to their lack of seatime training.

In 2009, NIMASA kick-started a human capacity programme called the Nigerian Seafarers Development Programme (NSDP) where about 2,500 Nigerians have so far been trained in various aspects of seafaring.

Unfortunately, most of these cadets under the NSDP lack requisite practical knowledge offered through sea training.

Those who were fortunate to acquire this knowledge could not get a job due to the discrimination against their certificate of competency issued by NIMASA.

The Certificate of Competency being issued by NIMASA  is another limiting factor in the employment prospects of  Nigerian seafarers.

Concerned stakeholders have shouted themselves hoarse that the “Near Coastal Voyage” clause on the certificate limits them to operate only within Nigeria’s shores.

Most of the indigenous shipping companies which could have absorbed them have either gone under due to unfavorable government policies or are underperforming below their capacity.

Those who are desperate among the seafarers but lack requisite knowledge resorted to the acquisition of fake certificates to enable them get jobs.

Curiously, NIMASA, whose failings over the years to check this abuse, suddenly cried out recently that there are over 475 of such fake COC among Nigerian Seafarers.

As scary as the discovery was, we blame NIMASA for the lapses that have allowed this dangerous incident to fester.

If the agency has enforced its ship-to-ship inspection and monitoring duties, the incident wouldn’t have escalated to this frightening stage. We must, however, commend the incumbent administration of Bashir Jamoh in NIMASA which, in its sheer determination to reposition the seafaring industry, uncovered this sleaze and has taken steps to address the anomaly.

This uncommon bravery and commitment have been the hallmark of the new management in NIMASA.

The fraudsters among the seafarers however have willing accomplices in the manning agents who recruit them for the shipping companies that, for want of cheap labour, gladly accept them.
They have a field day probably due to the leeway offered them by either the compromising or incompetent NIMASA team which is supposed to monitor them.

This scenario is dangerous for our shipping industry and a recipe for disaster on the sea when you have unqualified seafarers manning vessels.

Nigeria faces frightening prospects of dearth of qualified and experienced seafarers but burdened with the avalanche of grossly inexperienced, unqualified seafarers with substandard certificates.

To say this poses a danger to the nation’s shipping industry is an understatement.

More frightening is the fact that the  first generation of Nigerian  seafarers who are well experienced and eminently qualified, having cut their teeth during the defunct Nigeria National Shipping Line (NNSL),  are fast being depleted by age and death.

The new generation being groomed under the NSDP to take over from the aged ones are not only inexperienced but unemployable.

The thought of what may happen to Nigeria’s  seafaring industry in the next 10 years if this sad development persists, is too scary to contemplate.

We however urge NIMASA, the agency of government charged with the regulatory powers in the sector, to rise up to the challenges to save the future of seafarers in Nigeria.

The agency should quit its audio promises to the seafarers but take proactive steps to redeem the future of the sector.

Firstly, we advise NIMASA, as a matter of urgency,  to muster the necessary will to expunge the ‘Near Coastal Voyage’ clause on its COC which limits the scope of the holder and exposes him to discrimination among the employers.

NIMASA should show courage like the maritime administrations in Philippines and Netherlands which had written to IMO and obtained approval to expunge the controversial clause.

The agency should also step up its inspection and monitoring duties to scrutinise the certificates in circulation among the seafarers to eradicate forgery and counterfeiting.

This will ensure that the procedures under which this training and certification are carried out are in strict conformity with the IMO guidelines.

This will give its COC international credibility and visage that will stand its holders in good stead for employment.

Ironically, NIMASA’s CoC is reputed to be one of the most difficult and expensive to get but not acceptable in other countries.

To correct this anomaly in training and certification, the curricular defects and infrastructural gaps at Maritime Academy of Nigeria(MAN), Oron, should be corrected.

The apex maritime institution is the host institution for training and certification of seamen for CoC as conducted by NIMASA.

Little wonder the cadets who passed through this pioneer maritime training institution are said to be of poor standard, a reason the incumbent Rector of the institution initiated a far-reaching reforms to reposition the academy.

We then shudder at the quality of training which our seamen acquired from this institution.

We are also uneasy over the fate of our cadets who passed through the academy.

We are constrained to align with the widely held insinuation that most of these cadets who passed through the NIMASA’s  NSDP but could not get sea time training have resorted to menial jobs to make ends meet.

While the qualified seafarers who could not get jobs also resorted to crimes such as piracy and sea robberies.

Until NIMASA takes these corrective measures to redeem the sagging fortunes of Nigerian seafarers, they will continue to be endangered by the stifling working environment in Nigeria that will make them become potent threats to the maritime domain of the country. 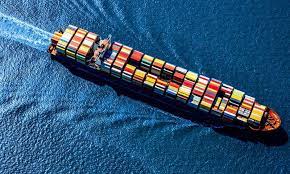