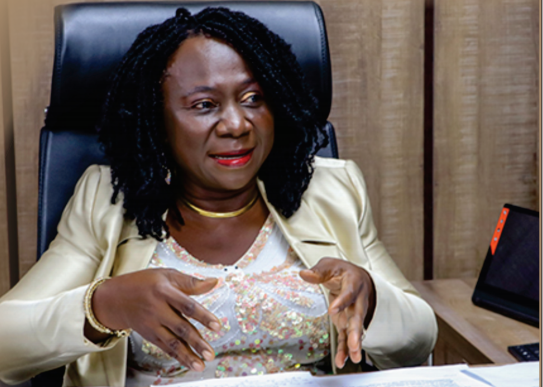 The General Manager, Human Resources, Nigerian Ports Authority (NPA), Mrs. Harirat Mohammed, has urged colleagues in the Authority to dedicate themselves to service.

The Manager made this known at the retirement Sports Carnival for Mrs. Patricia Abohw yesterday at the sports lounge in Lagos.

Mohammed, who is also the chairperson, Central Nigerian Ports Sports Association (NIPOSA), charged staff to exhibit expected level of loyalty to earn a reward of magnitude like the retiree.

She described the event as historic and nostalgic of the organisation, adding that the celebrant’s winning array of laurels in any competition was a forgone conclusion.

She also stated further that her sterling performances and overall understanding of sports attracted management’s recognition having been assigned a role in the sports arm.

“The upcoming generation is therefore challenged to take a cue from today’s event to re-dedicate themselves to service and exhibit expected level of loyalty to earn a reward of this magnitude or more as a measure of management’s recognition.

“Today marks a historic and nostalgic event in the annals of the Nigerian Ports Authority and particularly in the official journey of the celebrant, given the history of our early days in our respective careers together.

“I remember with nostalgia the active playing days of the celebrant when her winning array of laurels in any competition was a forgone conclusion. At her prime, she had no rival and would always defeat all competitors with dispatch.

Speaking eaelier, the retiree, Mrs. Patricia Abohw  advised her colleagues not to be discouraged, avoid malice towards anyone, desist from envy of anyone as there is an appointed time for everyone.

Patrica also expressed her gratitude to the management of the organisation for such a well put together event for her retirement.