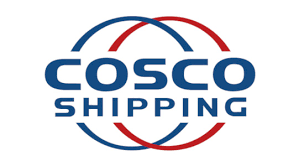 Cosco Shipping Limited has been made to pay a whooping N1.9 million to a consignee for holding lien three containers for over one year.

The sum covers storage charges for the period the containers were held lien by the shipping company aside the demurrage waived for the consignee.

It was gathered that the containers including two 40″ and one 20″ containers, were detained during the lock down period in March, 2020 occasioned by Covid-19 pandemic.

Coordinator of the task team, Mr. Moses Fadipe, a Deputy Director, Special Duties, Nigerian  Shippers’ Council (NSC) told newsmen over the weekend that the intervention by the team had helped the consignee take delivery of his goods after a long time.

According to him, the shipping company should have deviced a means to recover the debts owed initially by the consignee rather than place lien on the consignments for a longer period.

Fadipe noted that the engagement by the task team with Cosco for the release of the consignments further resulted to fair treatment for all parties involved.

He stated that the importer was  able to take the consignments out of the port on the 30th of June 2021 after the final resolution letter was delivered to the shipping line, which according to him made all parties responsible to the extent of their culpability.

The coordinator described the dispute between Cosco and the consignee as an impediment to cargo clearance processes, which NPPM frowned at.

Fadipe said “We found out that they acted arbitrarily being the stronger party in the transaction and this made them liable for all storage and demurrage charges during the period in question.

Worried about the longer period spent at the port terminal, he reiterated that no shipping agency operating in Nigeria has the right to convert port terminals to storage facilities, noting that such practice will turn the terminal space to a warehousing facility,  create congestion at the terminal yard, increase the cost of doing business in the ports and ultimately increase the turnaround time for vessels due to space constraints.

Narrating how the consignee cargoes were trapped for so long, Fadipe who doubles as a Deputy Director, Special Duties , Nigerian Shippers’ Council disclosed that consignee laid the complaint on the 11th of September 2020 after a misunderstanding with the shipping line on last transaction which in turn led to the detention of the three boxes.

He said the consignee reported the case to the council in September 2020, because the NPPM was yet to come on stream .

Fadipe said after launch on the 9th of  December 2020 and inauguration on the 3rd March 2021, NPPM went all out to secure the release of the three boxes.

He added that the task team took two months to resolve all the encumbrances affecting delay in the cargo clearance from the port because it involves more than one shipping agency.

Road construction hampers e-call up system at Tin Can port