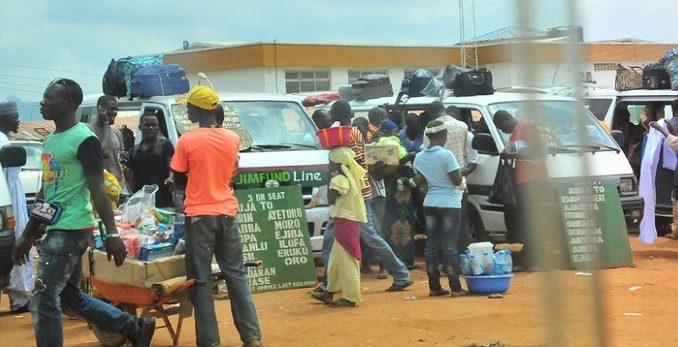 The Association of Private Transport Company Owners of Nigeria (APTCON) has said they will hike transportation fare by 500 per cent over multiple taxation.

The organisation disclosed this during its general meeting, saying passengers in the country will face hard times as transport fares may increase by up to 500 per cent in the next  few weeks.
The APTCON blamed their action on multiple taxation on members by government authorities at differentt levels, adding they are facing difficult challenges in the industry.
The association, in the cause of the meeting, unanimously agreed to increase the fare prices across Nigeria, stressing that such move may be their only chance of survival in the sector.
The APTCON also noted that over 90 per cent of Nigerians rely on them for their daily activities hence, struggling to be on the roads always.
The group maintained that commuters transport organisation are always being exploited by the government especially at the state and local government levels.
They posited that members lose millions of Naira monthly in form of taxes.
“How much are we making from this business especially with this new law about social distancing in buses, which requires us to carry maximum of seven passengers in a 14 seater bus and 28 passengers in a 50 seater bus.?
“Government is quick to charge and enforce unlawful taxes, but do not give us any support whatsoever.
“How do we survive?” the APTCON said.
Meanwhile APTCON spokesperson, Mr. Audu Gaddo noted that the government was making it impossible for transporters to operate profitably.
He hinted that one of the toughest challenges being faced by members remains the issue of multiple taxation.
Gaddo further pointed out that the area most hit by these unlawful charges are particularly in Lagos, Abia, Rivers, Imo, Enugu, Kaduna, Delta States as well as the Abuja Municipal Area Council.
He averred that the effect of the multiple taxation heat will always be on transporters in a bid to remain in business