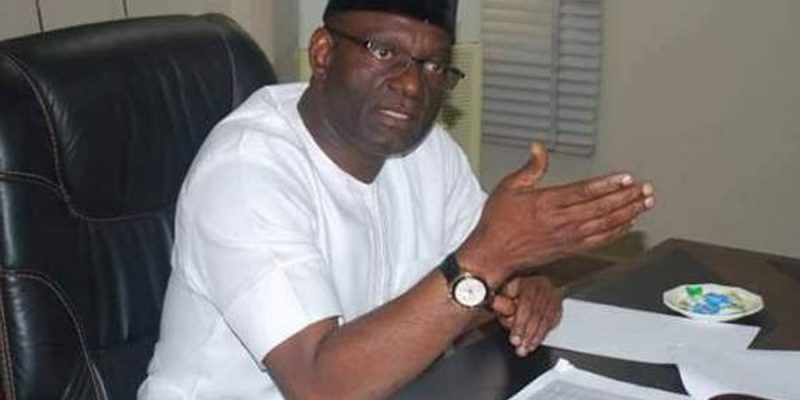 Abiola Seun The Nigerian Shippers’ Council (NSC), on Tuesday, said physical toll collection by agents of the Lagos State government is fueling traffic gridlock on the Port access road.Speaking during an enlarged Presidential Port Standing Task Team meeting and an update on the second phase of operation free the port Corridor along Apapa- Tin-Can- Coconut -Berger yard – Mile2-Orile-Ijora Sifax, the Executive Secretary of the council, Hon. Emmanuel Jime, urged the Lagos state government to automate its toll collection processes.The Shippers’ Council boss, however, commended the PSTT officers of clearing the port access road, saying the access roads were filled with shanties, allowing extortion.Though, he said he recognised the  need for state government to increase revenue to meet current economic and social challenges, he however, advised deployment of technology in the state to enhance ease of doing business and to make the road free of encumbrances.He said, “We recognize government resolve to raise revenue whether the state or Local Government.

“This is important and we needed to recognize that the purpose of the task team was to clear the port corridor of traffic because if we don’t do this, we won’t be able to get efficiency and economic of scale has shown that if we have efficiency, the port and government will make more money.“But, in raising revenue, it has to be done in such a way that ease of doing business is not affected.
” This is 21st century, we can collect revenue and deploy technology, we appeal to the government because the method used in collecting toll on the road is outdated, we can find more ideal way of doing that without impeding traffic,” he said.However, the Lagos state government said it will be introducing another method for the Lagos State Park and Gardens and the Apapa Local Government officials to collect toll in other to ease the gridlock on the port access road The LASG, who was represented by one of the Directors in the Ministry of Transportation, Olayinka Sakiru, said residents of Apapa have abandoned the port city due to heavy traffic it suffered in the past.He, however, commended the PSTT, saying they have cleared the port access road of traffic which he said has increased the ease of doing business at the nation’s seaports.He said, “We are also concerned about that toll collection, they (park management) should have another mode of collection instead of being on the road.
“We will work on that because we know hawking and collection of toll add to gridlock.
” We are working on it. Many residents have run away from Apapa because of the gridlock, we have noticed the success of the task team,” he said.Speaking earlier, the coordinator, Port Standing Task Team (PSTT), Moses Fadipe, said the the Port access road were cleared of encumbrances in 32 days.Fadipe also lamented activities of transport unions and local government officials that collect tolls on the access road, saying they, as well, impede free flow of traffic.“This is a journey we started on the 14th April 2022, with distance of 2.6km where we have about 26 extortion points.
“The road seems like a nightmare when we started, but no matter how the problems are, if there is co-operation, they would be able to surmount the problem.”“Before our operation, the roads were turned into indiscriminate parking lot, mechanic workshop and refuse dumps.
” We did a lot of education before enforcement and we cleared all encumbrances in 32 days.”He continued, “Local government officials are using the corridor for toll collection. Also, suspended members of NURTW found on the port corridor collecting toll were arrested, as well as, the park managers.”He, however, bemoaned attack on members of the task team saying, “We have seen several attacks on the task team, physical and forceful attack, for instance, we have an officers that was attacked, he has been in the hospital for over two weeks,” we thank God he’s alive and not dead,” he stated.