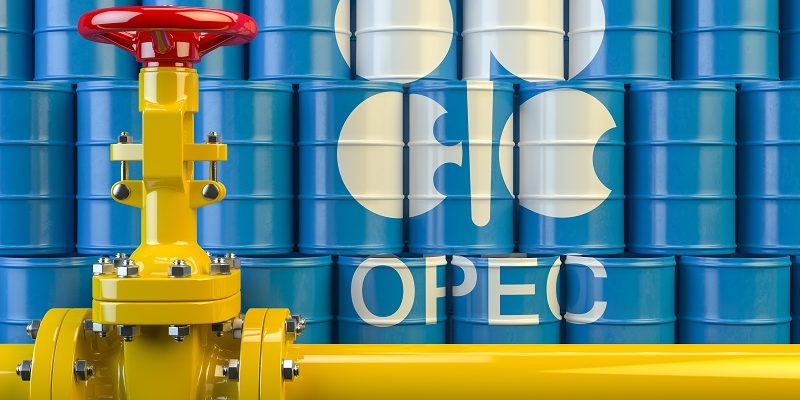 OPEC+ announced on Tuesday that it is sticking with its plan to gradually boost oil output next month, as the group brushed off concerns about Omicron’s impact on global crude demand.

The 23-nation member group encompassing Saudi Arabia-led OPEC and the cartel’s allies led by Russia agreed at the end of its meeting on Tuesday to adhere to its previous decision to increase oil production by 400,000 barrels a day in February.

Last August, OPEC+ started incrementally opening the taps each month to roll back severe production cuts introduced during the opening months of the pandemic when oil prices crashed.

But the cartel and its allies resisted Biden’s calls – fuelling a rally that saw global benchmark Brent crude gain roughly 50 per cent last year and open 2022 on a strong note.

If OPEC+ stays on its current production trajectory, its 2020 cuts should be erased by September.

While oil prices dipped late last year as news of the Omicron variant swept the globe, OPEC+ thinks its impact on crude demand will be “mild and short-lived” Reuters news agency reported, citing a technical report it had seen.

OPEC+ decision to stick with its production plans was widely expected and there was little reaction in oil markets.

“For now, the new Omicron variant, although highly transmissible, is not leading to the same rates of hospitalisation and death associated with earlier variants,” said Capital Economics chief commodities economist Caroline Bain in a note to clients on Tuesday. “As a result, for the most part, governments have not imposed the widespread lockdowns or travel restrictions which significantly dent oil demand.”

Bain also noted that reduced oil output from Libya would provide extra cushion for OPEC+ as it stays the course with production increases.

“With Libyan output likely to be about 500-600,000 bpd lower in the coming weeks, this more than offsets the planned monthly increase in OPEC+ production. Indeed, if sustained, the Libyan outages could even lead to calls for larger increases in OPEC+ output,” she said.

OPEC+ is set to hold its next meeting on February 2.

US becomes world’s top LNG exporter for first time ever

MSC set to over take Maersk in containership capacity race