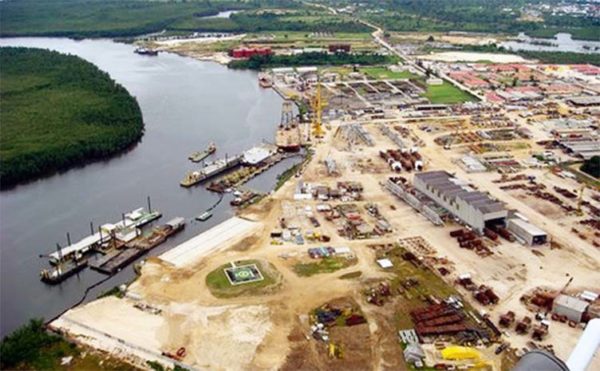 Abiola Seun The Nigeria Customs Service (NCS), Portharcourt Area ll Command, Onne Port, collected a total of N115.3billion from goods imported into the country from January to June 2022.In a press statement by the Public Relations Officer, Onne Port, Ifeoma Ojekwu, and a copy made available to newsmen, she said the 2022 half year collection showed a remarkable difference from the N78bcollected in the first half of 2021 and N46.6b collected in same period of 2020.According to her, the revenue collected was 147 percent increase above the 2020 collection and 47 percent increase above 2021 figure showing differences ofN37.09billion and N68.59billion respectively.She further stated that revenue collection under the Customs Area Controller, Compt. Auwal Mohammed, has shown progression on monthly basis Giving a comparative breakdown of the 2021 and 2022 budget, she said, “In year 2022,N17.55billion was collected in January; N18.57billion in February; N21.93billion in March; N18.82billion in April; N18.07billion in May and N20.03billion June as against N12.13billion in January 2021; N12.76billion in February; N13.98billion in March; N10.90billion in April; N13.83billion in May and N14.55billion in June 2021.”She further disclosed that the command recorded a 150 percent increase in thevalue of export products facilitated in the first half of 2022 compared to that if 2021.According to her, “comparatively, as at June 2021,the command had processed 331,356.40 metric tonnes with free on board (FOB) value of $141.4million. The FOB value in naira was N58.2billion with NESS value of N260.1million but in 2022, a total of 876,775.60Metric Tonnes with $495.3 FOBvalue translating into N203.9billion and NESS value of N1.07billion were processed through the command in the period under review.“The 2022 export statistics shows an improvement in the 2021 figures which is afallout of CAC Auwal Mohammed trade facilitation strategies. The CAC has brought to the knowledge of port users that there is a Domestic Export Warehouse (DEW) approved by federal government at Onne. According to him the DEW provides further opportuniƟes for exporters to process and package their exports including packaging while enjoying the seamlessness of export cargo warehouse in Onne directly to vessels.”“The CAC said due diligence by regulatory and government agencies including Customs examination shall be conducted in the DEW facility.She stated that the Customs boss described the DEW facility as a one stop shop put in placed by the Federal Government to promote and encourage export trade which the command has aligned with ahead of it’s full take off.However, speaking, the Customs boss said the revenue, seizure, export figures coming at the end of first half of the year attested to a good outcome from the command’s efforts.Compt. Mohammed said “This revenue, seizure and export figures coming at the end of first half of the year attests to a good outcome from our efforts.“In the first half of 2022, the Command made 28 seizures comprising of 9 containers with Duty Paid Value (DPV) of N531.3mAmong the seized items were machetes brought into the country without enduser certificate, military wears, vegetable oil, whisky,soap and used clothing. Other seizures recorded include used tyres, foreign parboiled rice, tomato paste,used vehicle parts and other items either classified as prohibited or for which duty payment were being evaded,” he said.