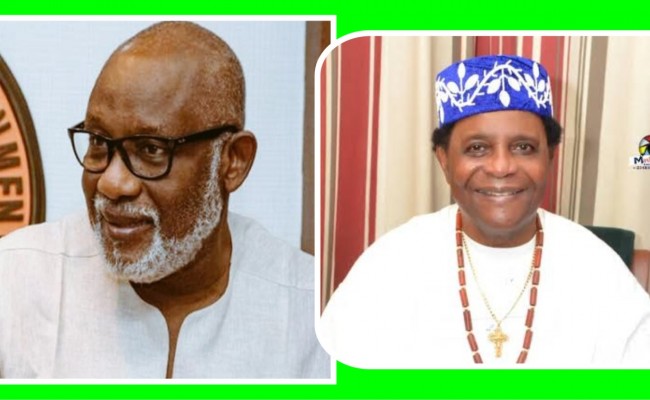 The radio station was established by Gen. Olu Bajowa (retd) as part of the activities marking his 80th Birthday.

Bajowa, who is the sponsor of the project, said: “The aim of establishing the radio station, was to complement the efforts of government in reviving and promoting the Ikale, Ilaje, Ijaw-Apoi and Ijaw-Arogbo culture, tradition, custom and by extension the Yoruba heritage, which he said are now becoming abandoned or extinct.”

“We also identify ourselves with the government’s effort to make information an important tool for social development and dissemination of the benefit of democracy at the grassroots level.

“In this regard, I wish to assure our amiable governor that, Awawa Radio 94.1 FM, will support your administration in the provision of the necessary information on your government programmes and actions. We in the Southern District of Ondo State appreciate your efforts in bringing back the desired development to our land.”

He expressed happiness that the Bitumen exploration and exportation in the area is gradually becoming a reality, adding that efforts are in place to ensure that the seaport in Ilaje is achievable.

In his remarks, Governor Akeredolu described Gen. Bajowa as one of the illustrious sons of the state who has brought pride to the sunshine state.

He noted that having become a General in the Nigeria Army at the age of 38 years, Prince Bajowa’s exploit in the Nigerian Army was a thing of pride to the government and people of Ondo State.

Akeredolu commended the commitment of Bajowa to the development of his community and the state at large.

He noted that at 80, the retired Army General is still very agile, adding that there was every cause to thank God for his life.

He said: “When it comes to the issue of health and information, we must keep orientating the people”.

Consumers will get refund for meter payment – NERC