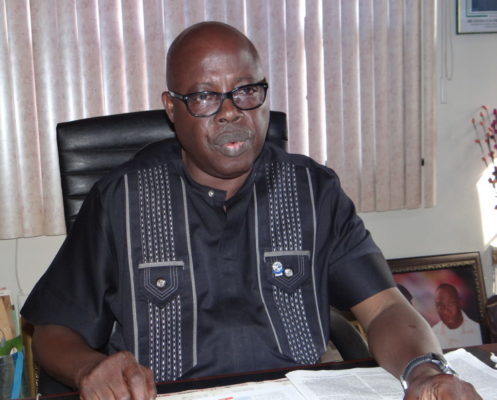 A former National President of the Association of Nigerian Licensed Customs Agents (ANLCA), Prince Olayiwola Shittu has urged the federal government to, as a matter of urgency, automate the Nigerian ports for efficiency.

Shittu, who made the call during  his 70th birthday celebration in Lagos on Thursday, urged the appropriate agencies in the maritime sector to follow the footsteps of other countries that have implemented the system successfully to enable swift movement of goods and services.

He maintained that most of the challenges stifling trade facilitation and compounding cargo clearance in Nigerian ports today, stemmed from lack of  single window portal.

“I stand to be corrected, when I say that most of the challenges stifling trade facilitation and compounding the cargo clearing process in Nigeria stem from the absence of a National Single Window platform to streamline processes and enhance efficiency.

“It is also appalling that among our neighbours in the West and Central Africa region, Nigeria is one of the few countries that do not operate the platform.

“When Single Window was established at the Cotonou Port, it reduced cargo delivery time  from 40 days to less than 10 days.

” It increased government revenue by more than 39 percent. “In terms of truck transit down to port, they gained 23 percent of the time”, Prince Olayiwola declared.

He added that the single portal window would enhance improved cargo turn-around time and competitiveness at the Nigerian ports.

“Therefore, the implementation of a National Single Window will significantly improve cargo turn-around time at our ports, promote efficiency and transparency, and enhance Nigerian ports’ competitiveness in the West African region. ” In addition, the continuous delay by the Nigeria
Customs Service to procure and install scanners at the ports also has negative implications for the Presidential Ease of Doing Business initiative and efforts aimed at improving efficiency at port operations.

“In this wise, I urge the Nigerian government and appropriate agencies in the maritime sector to follow the footsteps of other countries that have implemented the system successfully to enable swift movement of goods and services”

Accordibg to him, “Reform measures that will promote 24-hour port operations must be formulated and implemented by all government agencies involved in the cargo evacuation process.

“For this to happen, cargo examination which is presently being conducted 100 percent manually due to non-functional scanners must be automated. I am a strong advocate of allowing the terminal operators procure and install scanners as they are better suited to ensure the efficient management of the facilities.

“According to a 2018 report by the United Nations Conference on Trade and Development (UNCTAD), the cargo dwell time exceeds 20 days in average for most ports in Africa, particularly in Nigeria, which makes our ports some of the most time-inefficient ports in the world.

“This brings an added burden on business when compared to other regions in the world, as businesses relying on timely shipments are less likely to develop in such an environment, and local importers need to integrate higher storage and inventory costs.

“I have said this before and I will repeat it, government should engage the terminal operators and work out a contract for them to provide and maintain scanners and pass on the result into a secure server accessible to Customs and other agencies”

Earlier, the erudite Customs broker said that his years have been a rollercoaster with several highs and lows so far,  saying he must say that he is proud of his experiences and the people he has met on his journey.

“Like I said earlier, today is a day for reflection and in this regard, I have a couple of thoughts that I would like to share with you concerning critical issues affecting trade facilitation in Nigeria,” he stated.

The immediate past President of ANLCA was celebrated by his media friends in a low-key event in Lagos yesterday  to show appreciation to a man  widely regarded in the industry as a philanthropist, humanist and selfless leader who has touched so many lives in the course of his profession as an erudite customs broker.

How Djibouti is Maximizing its Strategic Position in Maritime Trade