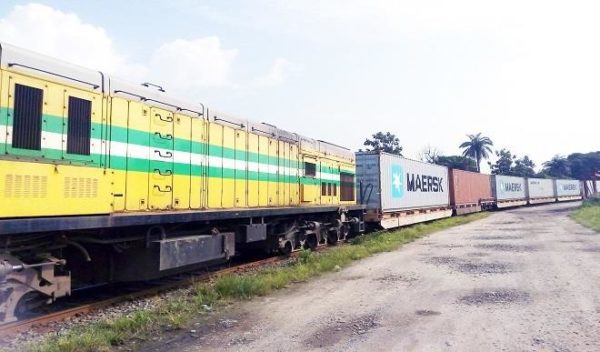 The long-awaited standard gauge rail line is expected to commence operations in the second quarter of 2021 and expected to move 3500 containers weekly.

The rail line, when operational, is expected to provide the needed alternative to the movement of cargo on the road to solve the persistent gridlock around the Apapa seaports.

The rail is expected to aid the evacuation of cargoes from the ports, facilitate export, reduce gridlock on port access roads and curb the huge revenue losses to the bottlenecks at the ports.

The project, which is being executed by the Nigerian Railway Corporation (NRC) and AMP Terminals, is designed to run alongside the existing narrow gauge from the Apapa Seaport to the NRC terminal at Yaba.

It is projected to deliver 500 wet and dry cargoes daily. This is expected to reduce the volume of cargoes moved on roads.

The Director of Operations, NRC, Niyi Alli, said the narrow gauge rail line has been functional while the standard gauge, earlier delayed by the COVID-19 pandemic, would make a significant change in the volume of cargo hauled through the rail.

Alli said the two railway lines would increase the efficiency of the delivery of goods from and to the port, adding that the NRC is hoping to move about 500 containers by rail daily when the project is completed.

He noted that transportation efficiency would crash the prices of goods in the country.

He explained that the NRC is working with the Nigerian Shippers’ Council (NSC) and the Nigerian Ports Authority (NPA) to reduce inefficiencies at terminals.

Part of the plan, he said, is to ensure that the trains leave the port an hour after arrival.