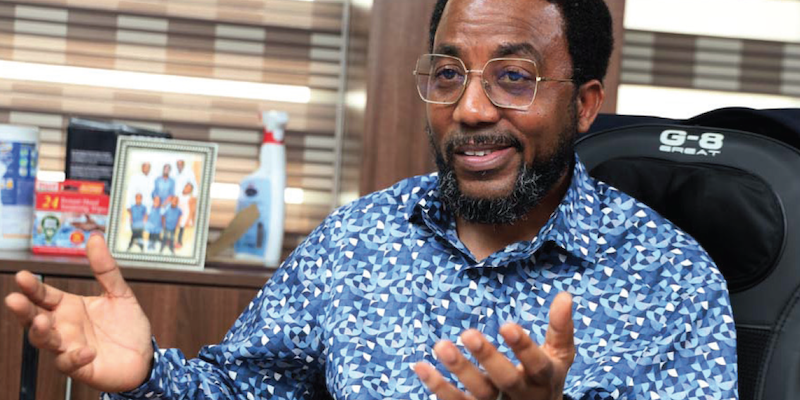 The Managing Director, Nigeria Ports Authority (NPA), Muhammed Bello-Koko, over the weekend, said the authority has so far remitted N45billion to the Consolidated Revenue Fund (CRF).

Bello-Koko, who disclosed this when he featured on Arise TV, said the payment was part of the authority’s contributions to the Federal Government’s coffers.

According to him, of the amount sent to the CRF, a sum of N26.83billion represented the NPA‘s 2022 operational remittance.
He said, “Because of measures we have put in place that have made us to be more efficient and generate more revenue, we have been able to transfer over N45 billion to the consolidated revenue fund (CRF) , while N26.8billion of the amount was for the Authority’s operational remittance for 2022.
“We have also ensured that we improve debt recovery, while making sure that we are promptly paid for the services we render, so that we can make more money and be able to transfer more to the CRF.

“We are also paying more attention to staff welfare and training.This is why we have just commissioned a training school at the Dockyard in Apapa , Lagos.

“NPA is going into partnership with international bodies for the training of its personnel in such a way that they would have capacity to cope with the mandate of the NPA.”

According to him, N25b of the amount was collected this year through more deliberate efforts at debt recovery and getting port managers more accountable through weekly revenue meetings.

He said the NPA under his watch has reduced administrative costs and improved Port stakeholders’ engagement to achieve efficiency and improve standards.

He described the recently commissioned Dockyard Training Institute as a way of building capacity and reducing the cost of training NPA staff abroad or in hotels because the facility is fitted with modern gadgets, including a bridge simulator.

While the International Maritime Organisation (IMO) has given a 2025 deadline for port automation, he said Nigeria targets achieving it by 2023 and the country is engaging IMO consultants.

Bello-Koko,who disclosed that there are no plans to terminate the contracts of port concessionaires, said the focus is on renegotiating it through a process that will involve the Infrastructure Concession and Regulatory Commission (ICRC) to factor national interest and make the agreements beneficial to all Nigerians.

The planned renegotiation, he said, will avoid the mistakes of 2006, aim at national interest and seek more influence for the NPA in the agreements.

He disclosed that the he NPA under him had approved licenses for ten export processing terminals in Lagos, Ondo and Ogun States in line with Federal Government’s drive to promote exports.