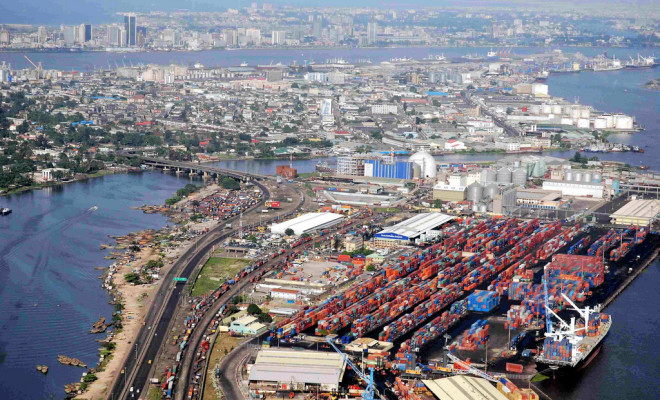 The Governing Board of the Nigerian Ports Authority (NPA) on Tuesday, expressed delight over the sudden disappearance of enigmatic traffic on  Tin Can Island Port Complex TICPC access road, saying the development was commendable for the management team.

Chairman of the Board, Emmanuel Olajide Adesoye, commended the management of Tincan Island Port Complex (TCIPC) when he led members of the board on a working visit to the port complex.

While briefing the team, the Port Manager, Ibrahim Anji, had stated that the management of the port took drastatic steps that nipped the menace in the  bud .

The board chairman lauded the port manager over the feat saying , he was elated to see the level of sanity on the roads leading to the terminals.

Adesoye said hitherto, the traffic in the corridor has been the highest problem of the Authority even as he said all measures to solve the problem previously failed.

He said:”What magic did you use to make the traffic disappear?

“I remember that the traffic in Tin Can Island was the major problem of the NPA for a very long time which seemed not to have an end.”

He stated he appealed to them to take the road headlong and not jump some sections and in-between.

He added that the port management decided to tow trucks broken down along the corridor to an open space created by the port and make the drivers to pay for the cost of towing it.

This, according to Anji, scared them from bringing their trucks to the roads when they don’t have any business in the port.

Anji maintained that the electronic call up system was part of the strategies that put paid to influx and congestion of the roads with trucks on the port access roads.