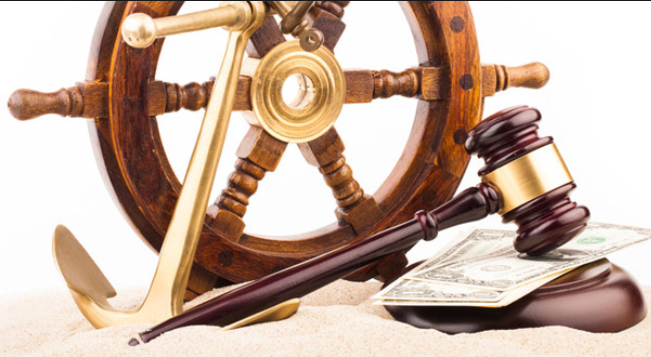 The immediate past President of Nigeria Maritime Law Association (NMLA), Mr. Chidi Ilogu,( SAN,) has made a strong case for the training of young maritime lawyers to enable them acquire proper understanding of admiralty practice.

Mr. Ilogu, who is also the Senior Partner of Foundation Chambers, spoke in Lagos  during the inauguration of the new executives of NMLA.

The event also marked the official induction of a new partner of Foundation Chambers, Ms. Kashimana Tsumba, who heads the Shipping, Multi-Modalism and Corporate practice arm of the firm.

Ilogu noted that one of the problems facing the maritime industry is lack of good understanding of admiralty practice by lawyers.

He said, “We try to do more in continuing education with the younger ones to help them understand fundamental principles of admiralty practice.

“One of the problems we have in the industry is that a good number of times, lawyers do not quite have a good understanding of what is involved in admiralty practice and so they make mistakes and do not protect the interest of the clients as effectively as they should. So we organise seminars to help improve the knowledge of our colleagues.”

Mr. Ilogu, while expressing appreciation to NMLA members for their support during his tenure, urged them to extend the same support and cooperation to the new executives.

On the induction of a new partner into Foundation Chamber, Ilogu expressed confidence that the new partner, Ms Kashimana Tsumba, will contribute to building a sustainable team in the Chamber.

“Some of us are not getting any younger. I am over 70 and I do not intend to continue the practice indefinitely. I want to believe that by God’s favour, we should be able to build and allow the newer ones to gradually take over with a view to helping build a more sustainable team in which I don’t necessarily have to be in the forefront,” he said.

Also speaking, the newly elected President of NMLA, Mrs. Funke Agbor, promised to push for reforms to curb delays in administering judgments in claims involving arrests of vessels and other cases concerning maritime and shipping development in Nigeria.

Agbor, who expressed concerns over delays in maritime cases in Nigeria, said the reform proposal has already been submitted to the Federal High Court and would soon be forwarded to the National Assembly.

She said, “Our main concern at the moment is admiralty court, which is the Federal High Court. They have a very big jurisdiction in terms of the subject matter they deal with and admiralty is just one of them.

“The jurisdiction of the court where they are arresting vessels all over the world is done speedily but in Nigeria we find that it takes too long and it is because the courts are overburden and there are not enough judges with the knowledge.

“So we also want to assist the court by suggesting some reforms to the legislature so that it will make it easier for them to do their work.

“We want to propose certain reforms that we think will aid their work of both the judiciary and the practitioners and the general people who use the bigger services in the admiralty sector including freight forwarders, ship owners and people who deal with seafarers, among others.”

Agbor also harped on the need for a legislation that will facilitate the prosecution of pirates and the perpetrators of other maritime crimes.

“Shipping is international so our decisions are read all over the world. It is critical that our judgments have integrity, verifiable and are fundamentally based on law. These are the things we are hoping to ensure that we are able to do,” she said.

Why we sacked over 300 drivers in one year- BRT operator