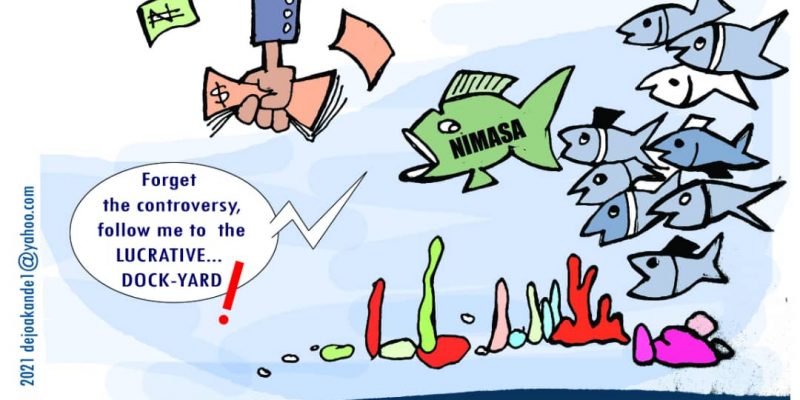 In 2013, the Nigerian Maritime Administration and Safety Agency(NIMASA) came up with an ambitious project that was meant to stimulate the maritime industry.

This was to acquire a floating dockyard to dry-dock vessels that normally leave the country for dry-docking in Ghana and other African countries, thus saving the country scarce foreign exchange.

It was a laudable project meant to safe the country a huge sum of N36 billion lost in capital flight annually.

So, NIMASA management placed an order for a gigantic floating dock, reputed to be the fifth largest in the world at a whopping sum of N50 billion.

The agency therefore, engaged a renowned Dutch Shipbuilder, the Damen Group to undertake the project. The Damen Group is a defence, shipbuilding, and engineering conglomerate with headquarters in Gorinchem, South Holland, The Netherlands,  doing business in 120 countries.

A commendable initiative which should have earned the apex maritime regulator agency   accolades for the economic benefits of the project, but rather than  receive praises,  NIMASA, under curious circumstances, has come under scathing attacks for a project which was largely regarded as laudable in conception but poorly deployed.

We at nigeriamaritime360.com are as confounded as other maritime commentators with the poor handling and  execution of this project.

We are not suggesting that the builders failed in carrying out the project to its specifications. As a matter of fact, Damen Shipyards, which commenced the building of the floating dockyard in 2014, delivered the facility in June 2018, slightly behind schedule.

However,  our worries and anger of stakeholders is that  three years after taking delivery of the world class facility, it is still lying idle at a Naval Dockyard at a great cost to government.

We are tempted to question the reasoning behind embarking on such a gigantic technical project without adequate preparations and provision for where it would permanently berth to dispense services.

For over 10 months when it was delivered in June 2018,  the floating dock was literally an orphan as  NIMASA could not secure a berthing space to harbour the facility.

Terminal operators were asking for staggering sums of money ranging between  $35,000 to $52,000 as daily berthing charges, while Nigerdock, a shipyard facility at Snake Island, Tin-Can port, was demanding for $26,000 daily to berth the floating dock in its facility.

These charges obviously were too outrageous for NIMASA to manage and consequently,  abandoned the multi-billion naira facility at the Marina jetty, where it idled for a year with an average sum of $5,000 as a daily running cost on the platform

Shortly after, in 2019,  the facility suddenly vanished from the Marina waterfront after it was denied  a berthing space by private jetty operators.

This gave rise to wild speculations that it was missing.

The furore generated by the speculations forced the management of the agency to disclose the new abode of the floating dock which was eventually traced to Naval Dockyard.
It has been idling away since 2019 at the place with huge running costs.

The last administration of Dakuku Peterside was expending the whooping sum of $30,000 on the floating dock  daily as running costs.

We are as much as disturbed by this shoddy and untidy handling of the platform by NIMASA just as other stakeholders are disgusted.

Why has the agency not  procured the berthing space for the facility before its arrival in 2018?

It took the builders four years to build and deliver the platform.

During that period,  NIMASA could have developed a world class jetty where the floating dockyard could rest to discharge its services and earn foreign exchange.

NIMASA has no excuse to still be shopping for a space after four years that it took the facility to be built and three years after taking its delivery.

To say the least, it smacks of unprofessionalism and sheer negligence on the part of the management of the agency.

The explanation offered by the former helmsman of the agency, Dakuku Peterside on the matter further accentuates the fact that the agency was not ready for business.

During one of his interactive sessions with journalists,  Dakuku said the facility would be operated on Public-Private Partnership and that  it would commence operations immediately after commissioning by President Muhammadu Buhari.

“We are planning to ensure that the permanent location of the facility would benefit our students for training and we have also engaged the builders to manage the facility for a year at a Naval facility while further arrangements are being worked out”, Dakuku had disclosed then.
Three years after its delivery, the dock is still floating in an ocean of controversy, unable to find a resting place where it could discharge its functions.
Yet, millions of dollars are being wasted on its maintenance!

We consider the delay to deploy the floating dock to profitable use as most unfortunate which shows that the agency has put the cart before the horse.

All these ‘arrangements’ being worked out and those that were hurriedly put in place, to our mind, should have been concluded ever before the platform arrived the country.

Doing them now while the facility is lying idle for three years running  and being maintained by tax payers money is unacceptable.

The Naval Dockyard where the facility is currently harboured is only a temporary abode, as the agency is possibly still pondering on where to locate the platform permanently.

We frown at this gross incompetence and dereliction of duties which is rubbing the country off  scarce foreign exchange.

More worrisome is the fact that the country has lost about N108 billion in foreign exchange earnings because the facility had been idle three year after it was delivered.

Dakuku, the immediate past  NIMASA DG by inference, declared this when he said that the country would save N36 billion a year as foreign exchange when the facility commenced operations.
But his predecessor, Bashir Jamoh, was more modest in his revenue projection when he declared that the floating dock would be generating N1 billion monthly and N12 billion annually when it commences operations.
Unfortunately, none of these wild forecasts has become a reality as the floating dock is still floating in sea of endless controversy three year after it came to the country.

We are further saddened by the unhindered depreciation of the multi-billion naira floating dock which has made it to lose classification by Lloyd’s Register due to its idleness for three years running.

At recent press conference ,the Association of Marine Engineers and Surveyors (AMES) raised the alarm that the N50bn Floating Dock acquired by NIMASA in 2018 is becoming derelict adding that it has been removed from the Lloyd’s Registers Class as it has not been surveyed for the past three years.

This is very disheartening and to say the least, the harsh consequences of NIMASA’S poor handling of the project.

We  are more saddened that one year after Dr Bashir Jamoh, the incumbent DG of NIMASA promised that NPA has agreed to give the floating dock a permanent place in its Dockyard, the platform is still idling away at the Naval Dockyard.

In as much as we commend initiative of NIMASA, we are saddened by the unfortunate twist in the fate of an otherwise good and profitable venture.

The issue of  permanent abode for the facility should also be sorted out to achieve twin objectives.

To safe the country  the cost of using temporary berthing space and to put the facility to use to earn income.

We urge NIMASA to halt the annual capital flight  by deploying the platform to a profitable venture.

It is disheartening to note that the continued idleness of the floating dockyard has allegedly caused the country a whooping sum of over three billion naira as running cost since 2018 without commensurate financial benefits to the country.

Early deployment of the huge multi-billion naira floating dockyard to optimal use by NIMASA, without further pussyfooting, would take the facility out of its present mystery and trigger harvest of economic gains for the country. 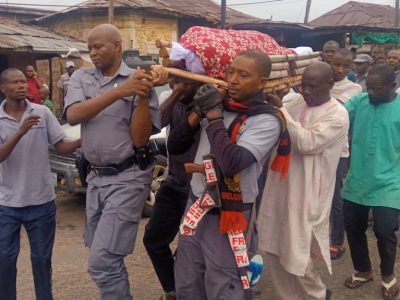 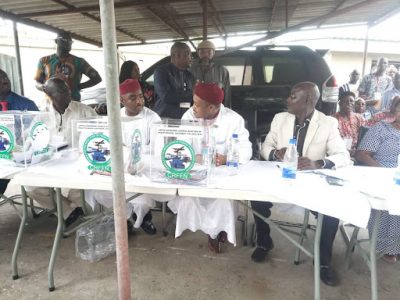 [Editorial] Why Government Should Probe Third Governing Council Of CRFFN