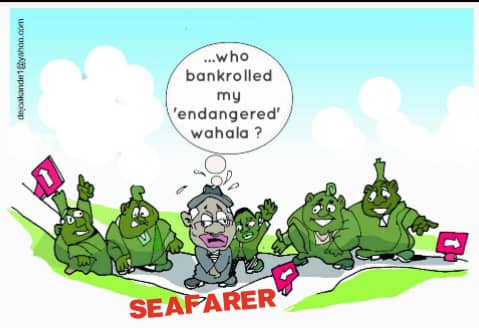 Little wonder the cadets who passed through this pioneer maritime training institution are said to be of poor standard, a reason the incumbent Rector of the institution initiated a far-reaching reforms to reposition the academy.

We then shudder at the quality of training which our seamen acquired from this institution.

We are also uneasy over the fate of our cadets who passed through the academy.
We are constrained to align with the widely held insinuation that most of these cadets who passed through the NIMASA’s  NSDP but could not get sea time training have resorted to menial jobs to make ends meet.
While the qualified seafarers who could not get jobs also resorted to crimes such as piracy and sea robberies.
Until NIMASA takes these corrective measures to redeem the sagging fortunes of Nigerian seafarers, they will continue to be endangered by the stifling working environment in Nigeria that will made them become potent threats to the maritime domain of the country