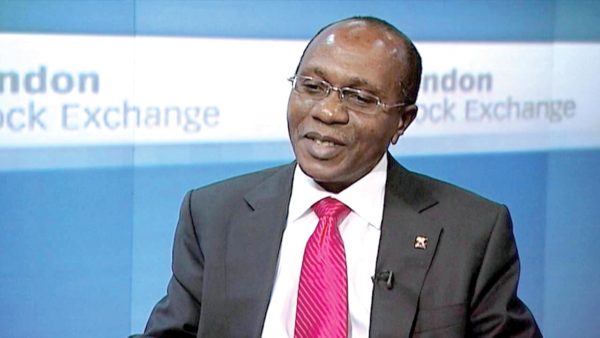 Nigerian importers may resort to diversion of  cargo to the neighbouring countries following the increase of the exchange rate for import duty by  the Central Bank of Nigeria (CBN) from N381 to N404.97 per dollar.
They declared that this may likely result to cargo shortfall at the nation’s seaports in the third quarter and forth quarters of the 2021.
The importers, who spoke with our correspondent in Lagos,  said the CBN policy on import duty is sending a wrong signal to the genuine importers and investors in the country.
According to Mr Kazeem Komolafe, CBN cannot be increasing import tarrif in one corner without proper communication or carry the stakeholders along, saying the idea of CBN waking up one day and decide the direction of Nigeria’s economy would go alone cannot be tolerated any more.
“These economy policy makers are driving us out of business. They are chasing us out of this country. Why won’t we importers divert our cargoes to neighbouring countries where there is conducive business environment to operate?
” Definitely, we will ship our cargoes to where we are loved and make business easy for people.
“Do you know that 80 per cent of Nigerian bound cargoes are being diverted to port of Cotonou, Togo and the rest?
” Now what importers do in this sense is that, they will ger there cargo cleared over there and do transhipment or move the cargo by trucks through the road.
“Invariably, Nigeria would lose the revenue that it supposed to have gotten from the importers,” he added.
He said no responsible Government will continue to hike import duty at this present time that there is tension everywhere in the country, adding that people are struggling to survive, yet Government is still making living difficult for Nigerians.
Speaking in the same vien, Mr Onatade Awe, who specialised in importation of building materials, also condemned the increment in the import duty, saying that the increment will lead to high inflation, which would affect the purchasing power of ordinary Nigerians.
“I’m expecting some goods this week and I have already signed my Form-M and opened a transaction. By the time the goods arrive on Friday, the Customs officer will say no the previous transaction cannot work, we have a new import duty introduced by CBN.
” Please, tell me, what can we call that one? It is pure wickedness,” he lamented.
However, he called on the Federal Government to order CBN to reverse the import duty back to N381, saying even the N381 is on the high side, adding that increment would further increase the price of goods at the Nigerian market and to the already tensed atmosphere in the country.
Meanwhile, the President, Africa Association of Professional Freight Forwarders and Logistics of Nigeria  (AFFLON), Otunba Frank Ogunojemite, described the increase as pathetic and unfortunate because people are struggling with the present conditions in the country, saying CBN do not consult stakeholders before they make increment but not at this particular time.
“We are not happy about the increase. This is an indictment on the part of the Government at this present time because people are struggling with the present conditions in the country,” he said.
He added that increasing hardship of the people by increasing the agent rate would definitely bring an increment in the sales of goods in the market.
He said since the outbreak of COVID-19, there is no basic increase on per capital income of the people and capacity building from the government. He said what people are seen in different corners are increment.