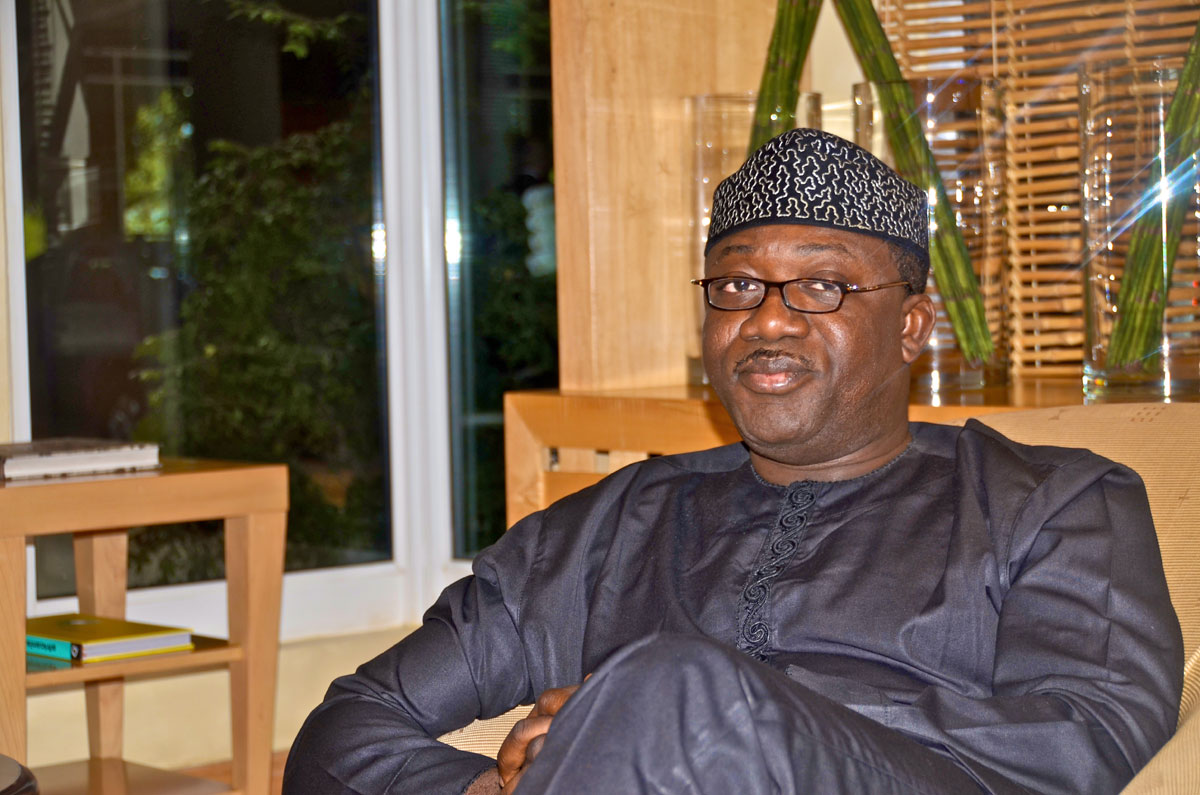 —-plans  to meet with labour leaders

Nigerian governors have resolved to meet with the Nigerian Labour Congress (NLC) and Trade Union Congress (TUC) over fuel subsidy, which the federal government is planning to remove.

The Chairman of the Nigerian Governors’ Forum (NGF), Kayode Fayemi, disclosed this at the end of a closed-door meeting of the governors on Wednesday night.

The meeting, which spanned into the early hours of Thursday, was not only the first in the new year but also the first to be held physically in a long while.

Addressing journalists afterwards, Mr Fayemi said the subsidy was part of the discussions at the meeting and that they agreed to meet with the labour unions as sub-national leaders in order to help salvage the situation.

“The Forum also discussed the issue around petroleum subsidy and concluded to engage the leadership of the NLC and TUC as sub-national leaders on how best to address the issue with a view to salvaging the Nigerian economy for the Nigerian people, ” he said.

There are plans by the federal government to fully deregulate fuel prices by removing monthly subsidy as from the first quarter of this year.

Part of the recommendation of the National Economic Council (NEC) in November 2021 was for the government to increase the price of petrol, to N302 per litre in February 2022.

Petrol price is currently between N162 and N165 per litre.

The recommendations, though presented by Kaduna State governor – Nasir El-Rufai, were put forward by the NEC ad-hoc committee interfacing with the Nigerian National Petroleum Corporation (NNPC) on the appropriate pricing of PMS in Nigeria.

The National Executive Council (NEC) of the Nigeria Labour Congress (NLC) had in December resolved to hold a national protest on February 1, 2022, against plans by the federal government to remove fuel subsidy.

The Nigerian government has, over the years, dragged its feet over the move to remove subsidy.

While many say the policy will help lower the cost of living and support millions of Nigerians who live below the poverty line, others say subsidies constitute an unsustainable drain on public resources needed for critical developmental projects.

Already, prices of diesel and kerosene have been largely deregulated, and retail prices at filling stations vary based on market forces.

The NGF described the issue as a growing concern but noted that the governors do not have a definitive stand on the matter, especially because of the provisions of the Petroleum Industry Act.

“NNPC is now a private company and should now decide what it wants to do with its products. It shouldn’t be the business of the governors,” Mr Fayemi said.

The governors also commended the Senate for accelerated passage of the Electoral Act Amendment Bill and for “removing the contentious clause” in the bill.

They hoped that the House of Representatives will follow suit so that the revised version can be transmitted to the president for assent.

This, they said, will enable INEC to proceed with its responsibilities towards the coming elections in 2022 and 2023.

In relation to COVID, the forum expressed happiness that the current Omicron variant has been declining progressively while noting the need for states to ramp up the vaccination exercise.

The governors concluded that there is a need to improve support in terms of budgetary provisions for nutrition.

They also reviewed the recently launched National Development Plan 2021-2015, “with a view to ensuring that the plan is aligned to individual state development plans that have been produced, or in the process of being produced, to ensure synergy between development efforts by the federal and the state governments.

Nigeria loses over 115,000 barrels per day to oil theft, vandalism—NUPRC