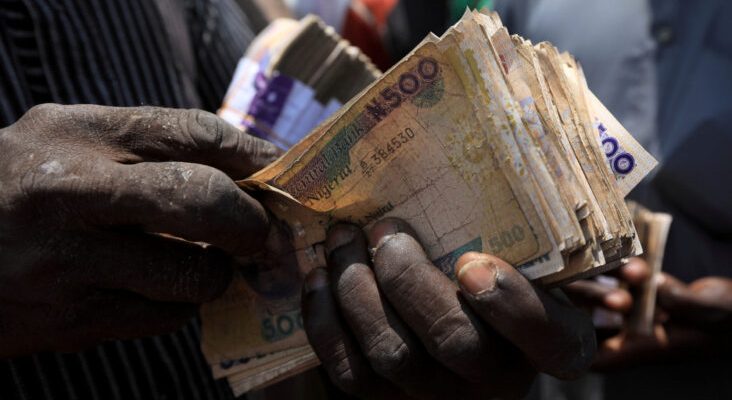 The bankers’ committee, on Thursday, announced plans to begin the sale of foreign exchange to customers through the platform of the Nigerian Inter-bank Settlement System Plc (NIBSS).

The committee is a forum of chief executives of Nigerian banks and the directors of the different departments of the Central Bank of Nigeria (CBN), with the CBN governor as chairman.

Speaking with journalists at the end of the bankers’ committee meeting, Segun Agbaje, Group Managing Director of Guarantee Trust Holding Company (GTCO), said that foreign exchange for personal travel allowance (PTA), tuition fees, among others, would soon be sold online.

At the Thursday meeting, the committee discussed the state of economy, foreign exchange (FX) policies and stoppage of FX to BDCs and the ongoing rehabilitation of the National Arts Theatre which is aimed at repositioning Nigeria on the global tourism map.

“I hope that many of you will see that the new Foreign Exchange policy with regards to Invisibles, Personal Travel Allowance (PTA), Basic Travel Allowance (BTA), tuition fees, and medical payments, is working very well,” newsmen quoted Agbaje to have said.

“We have taken it upon ourselves along with the regulator to make sure that this works; and this is just the first phase and if you noticed most of the things you are doing today, you are going into the branches to do most things.

“But, we are going to also try to digitise this whole thing the way the world is going; and that is being done by Nigeria Inter-Bank Settlement System Plc (NIBSS) where you will be able to buy online.”

According to him, the NIBSS already has a portal, through which banks share information on the application process.

Agbaje warned fraudulent individuals to have a change of mind as any one caught would not be able to do anything in the banking system again.

He further said the punishment would not only be meted to fraudulent individuals, but also to any bank and staff that contravened the apex bank’s rules.

In addition to digitising, Agbaje expressed the hope that customers would no longer carry out all their transactions by cash.

“The world today is not friendly about arriving in countries with cash, so we are hoping that people will be able to put this on their cards and card account,” he said.

“If you use a card, there is more KYC that can easily be done! It will be quicker, cheaper and faster, you will be less harassed when you arrive in countries and there will be no need for you to fill a cash declaration form.”

Speaking on the rehabilitation of the National Arts Theatre, Herbert Wigwe, Managing Director of Access Bank, said the entire project would be completed December 2022.

“What I want to say is just to let the public know that work has started in earnest,” Wigwe said.

“There is a second module to the National Theatre which has to do with music, fashion, information technology as well as the film industry.

“What that does, apart from National Theatre, which can host major events, people can work on different structures in which they can rent, build spaces around them, to do whatever creative thing they need to do so long as valuable products will be coming out of it.

“So that second phase will start shortly, I think most of the contracts will be awarded sometime in September.

“And we expect that the entire project should be completed, that is, the National theatre and the various vatican should be ready by December 2022.”