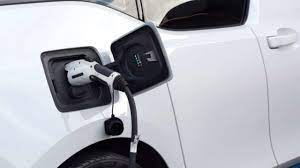 The Nigerian government would require no less than N1.32 trillion (3.2 billion) to be able to transition its vehicles from the use of premium motor spirit, popularly known as petrol, to the use of natural gas.

The cost is to enable the government to convert eight million public vehicles from running on petrol or diesel to running on either Liquefied Natural Gas (LNG) or Compressed Natural Gas (CNG) at the value of $400 per vehicle.

Director, Department of Petroleum Resources (DPR), Mr. Sarki Auwalu, who gave this estimate, said this was what it would cost the country to switch to an alternative fuel regime in its bid to eliminate fuel subsidy and its attendant drain in the nation’s resources.

Speaking in Lagos recently, Auwalu who has already advocated that Nigeria should consider having an alternative fuel regime before removing fuel subsidy, however warned that the alternative regime will come with initial cost.

He maintained that converting eight million public vehicles currently present in Nigeria to gas-powered will cumulatively cost $3.2 billion to achieve.

“As of today, there are 22 million cars in Nigeria. Eight million are for public use. Imagine if you want to convert every car into gas, the average cost of conversion is $400. Converting eight million cars requires $3.2 billion. To do that, there are a lot of environmental investors which can invest and recover from the sale of gas and we are encouraging that.

“Once that is achieved, you will see that PMS can be sold at N1000. After all, the average distance covered by one gallon equivalent when you compare it with LNG or CNG with respect to energy for mobility, is 2.7 against one. One for PMS, 2.7 for LNG or CNG.

“So, with that advantage, you will see that it creates opportunities for this industry again. The issue of subsidy, volume will all vanish and that is what we are working towards.”

He, however, warned that the rise in Nigeria’s local refining capacity as seen in the coming on stream of a number of refineries in the country without a corresponding increase in the country’s oil production volume may threaten the country’s membership of the Organisation of Petroleum Exporting Countries (OPEC).

The Director  lamented that out of Nigeria’s over 7100 reservoirs and its mature basins, the country was recovering just as low as about 1000, a situation he said needs the collaboration of all industry players to find a solution before Nigeria gets evicted from OPEC due to low contribution.

“How do we now get the national production capacity so that we export more, and consume more? Today, we have huge additional capacity in domestic refining. If we don’t increase production, we have to get out of OPEC, because you can’t be a net consumer to stay in exporting countries.

“The challenge is for all of us. As the refining capacity is increasing, we have to now get production capacity to increase so that we remain the net exporter. We believe this will guarantee and fortify the future,” he said.

Responding to Kupolokun’s question on the need to address the low contribution of the oil and gas sector to the country’s Gross Domestic Product (GDP), which is less than 10 per cent, Auwalu attributed the abysmal contribution to lack of deep investment into the value chain of the sector as well as the export mentality of the players.

According to him, only few players, mostly indigenous companies, have the mentality of ensuring that more output, especially with respect to gas, was given to the domestic market to power the country’s economic growth.

He said there was a need to focus on the domestic market in order to grow the sector’s contribution to GDP. He explained what the department and the federal government were doing to address the two-pronged challenge of energy transition and the transition from the international oil companies (IOCs) operating in Nigeria, who are divesting out of the country, leaving the indigenous oil companies to take over from them.

Auwalu said the department had foreseen such a situation and had planned ahead by setting up the oil and gas excellence centre to equip local companies to be able to fill the gap created by such transition.

“Now, we are saddled with two transitions: Energy transition and transition from IOCs to NOCs. Why did we establish Nigerian Oil and Gas Excellence Centre? It’s because of this. We’ve seen this coming, we thought it twice before now.

“It is our duty to make those companies functional, and to do that, we need to establish a centre of excellence that will help in the migration from IOCs,” he explained.

Also reacting to the need for scenario planning and the possibility of galvanising the private and public sectors to work together to increase the value of the oil and gas to the economy, as proposed by Utomi, the DPR henchman noted that the agency had transformed from mere regulator to business enabler and opportunity provider and was working to maximise the value of the sector to the economy.

Auwalu maintained that as a business enabler, DPR was after creating an enabling environment for operators to work, produce, make returns on their investments and pay taxes and royalties to the government as well as provide employment for Nigerians.

DPR clarifies comment on N1,000 per litre of petrol  — says it was ‘taken out of context’