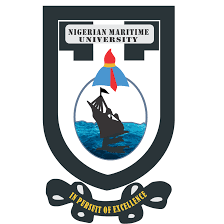 THE Management of the Nigeria Maritime University, Okerenkoko in Warri South-West Local Government Area of Delta State, has clarified the cause of a 100-level Civil Engineering student of the institution, Okpeku Osalobuah.

The acting Director of Health Services of the university, Dr Clarkson Agagha, said in a signed statement on Wednesday, “The clarification became necessary as members of the public were being made to believe that the death of the cadet of the institution, Okpeku Emmanuel Oyi Osalobuah, was as a result of neglect by the university.

“Necessary steps were taken to save his life.”

Agagha revealed that “the cadet actually came to the health centre of the institution and was attended to promptly and was diagnosed of a suspected COVID-19-related case as he had all the symptoms associated to the deadly virus.

“The state epidemiologist was notified immediately, who requested that the patient should be sent to the COVID-19 Testing Centre at the Warri Central Hospital.”

Consequently, Agagha explained, that the student was referred to the Central Hospital, Warri, where they were awaiting his arrival.

“He was also given some medications to help sustain him throughout the journey to the Warri Central Hospital,” he added.

But he lamented that “the student and his colleagues abandoned the drugs at the jetty and embarked on the journey to Warri without his medication”.

Agagha said, “The student also lodged in a hotel in Warri from where he proceeded to Benin the following morning after dropping his blood sample for COVID-19 testing.”

He stated that a few days later, the news of his death filtered into the campus, which led to a protest and the destruction of facilities in the institution by irate students.

While dismissing as untrue the allegation that the student died in the school health facility, the acting Director, Health Services also insisted that it was not true that fake drugs were administered on him, which led to his death.

Agagha specifically debunked the allegation that expired drugs, drips and injections were administered on the student, saying, “The Nigeria Maritime University, Okerenkoko, is a Federal Government institution and as such, there is no way government will supply an institution owned by it with expired or contaminated drugs, drips or injections.”

He, however, stated that a high-powered delegation of the university had been sent by the Management on a condolence visit to the immediate family members of the late student.

Agagha implored members of the public to disregard the allegation that the student was neglected by the authorities of the institution, stressing that the life of every student remained important to the management.

He prayed God to grant the soul of the departed student eternal rest and comfort his parents and others he left behind.