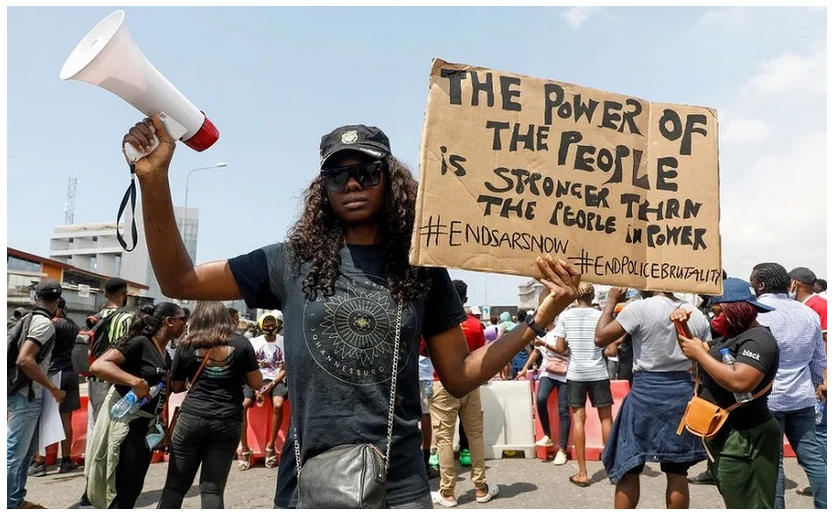 The Financial Derivatives Company Limited has disclosed that the economic cost of the #EndSARS protest disruption is estimated at N1.5tn, approximately 1.03 per cent of the GDP and 11.47 per cent of the 2021 budget.

The FDC which projected headline inflation to rise to 14.5 per cent in October from 13.71 per cent in September, said the protests magnified existing output challenges and supply chain disruptions.

In its latest economic bulletin, the FDC led by foremost economist Bismarck Rewane said;
“This suggests that the economic recovery path could be longer than anticipated. Massive investment in job-elastic sectors with minimal control on the pricing mechanism will serve as catalysts and would ensure a sustained ‘take-off’.

“This means that inflation will be rising for the 14th consecutive month. It would also be the highest level in 33 months.

“Food inflation will be the most affected as it is estimated to climb to 17.05 per cent. Other sub-indices are also expected to move in the same direction.”

The FDC, in the report which noted that the price of onions, palm oil and tomatoes jumped by 100 per cent, 30.43 per cent and 16.67 per cent respectively, also added that the commodity prices increased by an average of 25 per cent last month as the protests exacerbated existing output constraints and supply chain disruption.