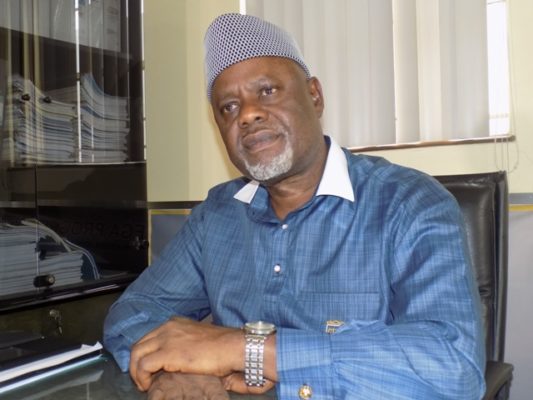 For not having a national shipping line of her own, Nigeria is losing over $15 billion annually, out of which $7billion accounts for freight services.

This was revealed by former President of Ship Owners Association of Nigeria and Chairman of Starzs Shipping Company, Chief Greg Ogbeifun, over the weekend.

According to him, this sum also includes the taxes Nigeria is losing by not employing Nigerians. Ogbeifun recalled attempts by the current Minister of Transportation, Amaechi Rotimi to revive the process to bring back the national shipping Line.

“One of the first things, the Minister transportation, Hon. Rotimi Amaechi, did when he became Minister was to form two Committees. One was to work on the establishment of a national fleet and the other to examine the structure of NIMASA,” he said.

Ogbeifun was on the committee for the national fleet. According to him, what the committee did was to find out what other countries are doing that is making it possible for them to establish their own nationals fleet.

Kuwait, for instance, has over 100 supertankers “so nobody can touch their oil unless you are using their ship,” he said.

He said that policy alone had great impact on employment and the socio-economic life of the people and country of Kuwait; stressing that “you can imagine the job they have created; so what they do, we looked at it… The Greeks are known to be the greatest shipping country in the world…”

They also checked out what the Greeks did to get their shipping strength right. Ogbeifun said the Committee also visited the United States of America to see how they did theirs; including China and what they found, according to the former President of the Nigerian Ship Owners’ Association, was one singular factor which he said “made the difference.

The host country, he said “ will give you a Tax holiday of about five years; because they recognize how capital -intensive it is.

” The host country, he said “ will give you a Tax holiday of about five years; because they recognise how capital-intensive it is. Then things like VAT, Tonnage Taxes are reduced downwards to make it possible for the ship to operate.

“So, we gave these recommendations that this is the bottom line. But what do you have in our country…”

The last ship Ogbeifun built was constructed in China and as he said, “I insisted that that ship must be flagged Nigeria and crewed by Nigerians; to the extent that I flew Nigerians to China to go and bring the Ship to Nigeria.”

To bring the ship to the country, Ogbeifun said he had to pay “A total 14% of the cost price of the ship.”

And, that includes the Duty among others. The $18 million ship was coming to carry out a Project with one of the International Oil Companies (IOCs). On the other hand, his foreign counterpart bringing a similar ship to the country and coming for the same job in Nigeria, the Starzs Shipping Chairman said, will post one percent Custom Bond of the value of that ship, “that is all he will spend. But they and me will compete at the same level for Contract. So, from day one, being a Nigerian and trying to grow that sector, I am already disadvantaged.”

This, he said, had been the problem and from the personal experience he has narrated, it is no rocket science to see why many Nigerian ship owners do not survive the storm on the high stakes sector.

“Like I said, all these taxes are waived in other climes. The incentives that are created include the fact that it makes you competitive to get jobs you need to buy assets, employ people, and grow our knowledge of the industry,” he said,

Ogbeifun lamented the fact that government is more interested in the cash it would generate from the taxes Customs collet from the Ship Owners that they ignore the higher benefits accruable from more productive windows such as concessions it could grant industry players.

He said “we are in a country where the focus is to generate so and so revenues from duty. But you have the Transport Minister, on one hand, saying can we have waivers for my sector so it can grow the fleet and establish the platform to generate greater revenue, while the Customs man has a target of so much number of trillions to generate from the Duty.”