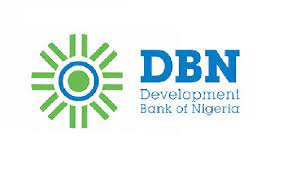 The Federal Government, yesterday, dumped the proposed Maritime Development Bank OF Nigeria, MDBN for a Regional Maritime Development, RMDB ,whose Headquarters and Presidency has been ceded to Nigeria by the 25 countries that make up the Maritime Organization for West and Central Africa, MOWCA.

Speaking on the sideline of the just concluded Public Hearing,  on some maritime Bills organized by the House of Representative Committee on Maritime Safety, Education and Administration, Director of Legal Services at the Federal Ministry of Transport, Mr. Pius Oteh, said that the entire members of MOWCA in 2011, agreed to have a billion dollar capital base for the Bank.

Oteh also said that the establishment of a Maritime Bank in Nigeria could send a wrong signal to other countries that are already committed to the formation of the Regional Maritime Development Bank.

The lawyer also disclosed that the shareholding of the RMDB has been shared amongst the MOWCA with Nigeria taking the highest of 12 percent.

*But for some period, there was no serious follow up on these decisions until about four years ago, we have re-energized this process.

‘‘Countries have signed the charter to the Bank and we have enough number of countries to activate the process of the Bank, as at this time processes are going on.

‘‘The Headquarter of the Bank will be in Nigeria, the other 24 countries have conceded to that and they have also agreed that a Nigerian will the President of the Bank.

” But it is going to be a Private –Public sector driven Bank, so the states in the two sub-region of West and Central Africa collectively have 51 percent of the shareholding of the Bank given to the MOWCA states and these shares were allotted to them on the basis of volume of trade and so naturally Nigeria has the lion share of 12 percent and the other 49 percent will be for institutional investors.

‘‘More like African Import Bank AFREXIM has shown a lot of interest, we have quite a lot of institutional investors,particularly within member countries who want to be part of the Bank.

‘‘Like I said, Dr. Paul Adalikwu, a Nigerian, who is the current Secretary General of MOWCA has been given the mandate to follow the process and ensure that the Bank takes off as quickly as possible. Hopefully  within this year.

‘‘As a matter of fact,the Federal Ministry of Transportation is currently engaged in discussion with the Central Bank of Nigeria, CBN, for some assistance with respect to office spaces and all that.

‘‘The point we are making is that, having gone that far, having reached agreement with sister countries in the two sub-regions, we will like to continue and conclude that process as quickly as possible and pushing ahead with the Nigerian initiative is likely to bring a wrong impression that we are no longer fully committed to the Regional Maritime Development Bank that is why we used that language that we should step down the Nigerian initiative and at the appropriate time, there is nothing wrong in having a domestic Maritime Development Bank.

‘‘Given how far we have come with the Regional Maritime Development Bank and properly structured, the Bank will give Nigerian a wider playing field and more access to funds in terms of pulling funds from 25 countries instead of from a single country.

“So we think it is an initiative we should pursue to conclusion before we take up any new initiative.

‘‘We are looking at one billion dollars as capital base of the  Bank.

Meanwhile other stakeholders in the maritime industry have also kicked against the establishment of the Maritime Development Bank of Nigeria saying that it will be a waste of funds.

He said’’ According to Section 44 of the Cabotage Act, the fund shall be collected by the NIMASA and deposited in commercial banks and administered under guideline that shall be proposed by the Minister and approved by the National Assembly.

‘‘There is a real likelihood of misuse of the Fund by the Bank especially as the Bank is set up with functions beyond promoting ship acquisition.

” Also, the fact that the fund is to be collected by NIMASA, deposited with commercial Banks (or the CBN as proposed under the Cabotage Bill) and administered by the Maritime Bank will likely make room for conflict especially as there is no guideline outlining how that relationship will work and how the fund is to be disbursed.

‘‘As noted earlier, the Bill proposes that the Bank will administer the CVFF.

“The Bill sets out clearly, how the proceeds of the fund will be used. It provides for the setting up of an expensive bureaucracy that will administer the bank, including a Board of Directors, a Chief Executive Officer, Executive Directors, staff, offices and all the trappings of civil service maintenance that come with it.
“It is noteworthy that the Bill expressly provides that the proceeds of the fund will be applied to the costs of administration of the Maritime Bank, or reimbursing members of the Board or of any Committee set up by the Board for expressly authorized by the Board.
“This comes into direct conflict with the powers of the NIMASA ACT under section 39 which mandates the agency to undertake measures to eliminate unfair and uncompetitive practices by shipping companies; and develop and implement policies and measures to promote indigenous ownership of ships and shipping infrastructure.

“It is our opinion that this bill does not promote value addition to the Nigerian maritime industry, but will encourage waste and injustice as currently constituted.

“All ideas for harnessing funds for development of shipping as proposed under this Bill can effectively be implemented under the terms of the Cabotage Vessel Financing Fund, or if a Bank, on terms that do not require the use of funds already designated for ship-owners or any other extant initiative.
“We therefore recommend that the Bill is rejected in its entirety.”