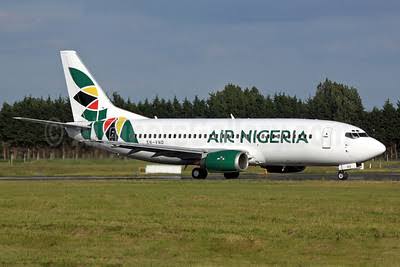 The Infrastructure Concession Regulatory Commission (ICRC) has said that  Air Nigeria will begin to convey Nigerians before the end of President Muhammad Buhari’s administration.

Acting Director-General of the commission, Mr Michael Ohiani, said in Abuja on Sunday, that the ICRC was now working round the clock to get it operational.

Ohiani said that ICRC was working closely with the Ministry of Aviation, adding that a new presidential approval had just been given that would advance the process.

The ICRC boss, who did not give details of the approvals, assured that the process would be moving to the next stage by the end of February.

“I want to assure the Nigerian public that we are working round the clock to get it operational. We are working with the Ministry of Aviation and we have just gotten presidential approval.

“I can assure you that before the end of this administration, Air Nigeria will start flying,” he said.

Recall  that the Federal Executive Council (FEC) in Nov. 2021, gave approval for the commencement of processes to inaugurate the nation’s air carrier, Air Nigeria.

The Minister of Aviation, Hadi Sirika, who at that time briefed newsmen, announced April 2022 as the effective date for the take-off.

Sirika had also said that 49 per cent of the Nigeria Air project would be owned by strategic equity partners, 46 per cent by Nigerians while the Federal Government owns  five per cent of the shares.

In a related development, the ICRC acting D-G said that plans were ongoing for the establishment of six cargo agro airports in the six geo-political zones.

Ohiani said that the cargo airports were part of the commitment of the present administration to boost agriculture, adding that the airport would boost the transportation of products within and outside Nigeria.

He hinted that the cargo airport project was still in its development stage.

Ohiani added that a lot of efforts were being made in the aviation industry to achieve the Presidential Aviation Road Map.

For the concession of terminal operations at the four International Airports, the ICRC boss said that the commission and its partners were currently procuring companies that would operate the terminals.

“Apart from that, we have what we call MRO, which is the development of a Maintenance, Repairs and Overhaul facilities. As we speak, an investor has emerged in respect of that and so we are trying to finalise.

“We also have the establishment of the Aviation Leasing Company. Experience has shown that for you to have a sustainable aviation industry, you have to have a leasing company so that the operators can easily acquire fleets of planes,” he said.