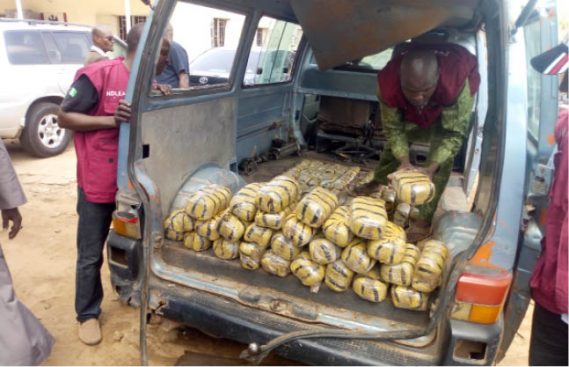 Two suspected drug traffickers in possession of 200 wraps of compressed Cannabis Sativa concealed inside 5 sacks, weighing 115kg have been apprehended in Rivers State.

NDLEA,  Public Relations Officer, Rivers State Command, Emmanuel Ogbumgbada, in statement, said both men were apprehended when the vehicle they were travelling with, an ash colour Hyundai Sonata saloon car was intercepted by NDLEA officers.

“Preliminary investigation revealed that the suspects were moving the illicit substance from Edo State to Omoku area of Rivers State to supply to their customers. Both suspects are already in custody and are supplying useful information to the Agency,” the statement added.

The interception took place near the JTF checkpoint.

Nigeria launches COVID-19 VACCINE at the National Hospital on Friday