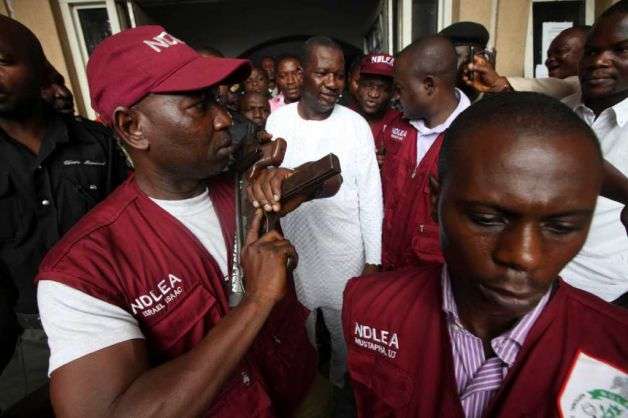 Abiola SeunThe National Drug Law Enforcement Agency, (NDLEA), on Thursday, said it arrested over 171 males and 47 females allegedly involved in drug-related offences in Imo state.The state commander of NDLEA, Reuben Apeh, made this known to newsmen in Owerri, on this year’s international day Against Drug Abuse and Illicit Drugs trafficking.He said so far, 51 suspects had been convicted and 146 cases were still in court.According to NDLEA, “The month of June 2021 – June 2022 marks a year of appraisal of the work done to curtail and discourage both drug trafficking and illicit drug use.“The United Nations had designed 26th June of every year as an anti-drug day to create awareness of the dangers of drug abuse in societies adding that Nigeria has not failed to be at the forefront of fighting the battle against drug abuse and its illicit trade.“Within the period under review, the activities of drug peddlers in Imo State have become so alarming and increasingly becoming sophisticated among the younger segments of the state population.”“Among the various exhibits seized within the period under review include 0.10513kg of Cocaine, 0.2077kg of Heroin, 3.896kg of methamphetamine, 3.184kg of tramadol and 0.5278kg of Rohypnol among others.“Within the period covered, 51 suspects have been convicted while 146 cases were charged to court and the cases are still ongoing.

“Out of the number of drug suspects arrested, 171 are male while 47 belong to female categories as the case may be,” NDLEA said