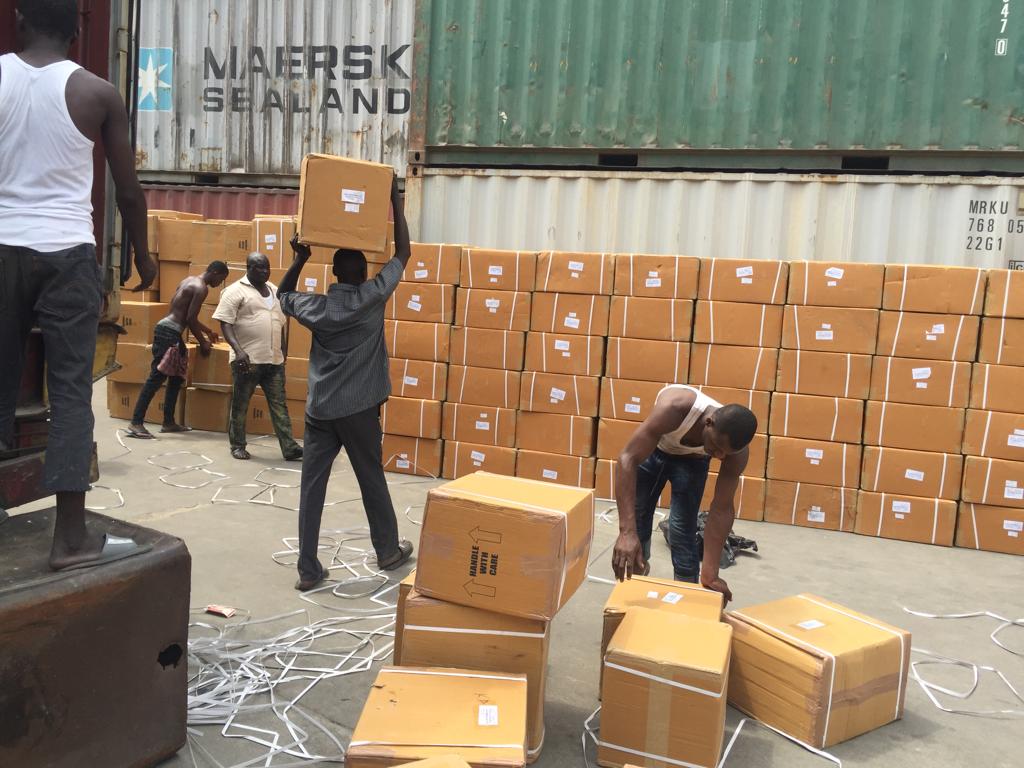 The accused person was arraigned before Justice Nicholas Oweibo of Federal High Court, Lagos, on a two count-charge of unlawful importation of the said banned drugs.
The prosecutor, Mr. Fingere O. Dinneys, told the court that the defendant committed the offence in July and August, 2020.
According to the prosecutor, the defendant in July unlawfully imported 40 cartoons of Tramadol tablets weighing 225. 6 kilograms.

The prosecutor added that the accused person also imported 255 cartons of same tablets, weighing 2,121.3 kilograms, adding that the defendant unlawfully brought in the banned tablets in two 40 feet containers marked SEGU 6326800 and TCNU 4653816, from Pakistan.

Dinneys told the court that the offences contravened sections 11(a) and 11(3)of the National Drug Law Enforcement Agency Act Cap N30, Laws and punishable under the same Act.
The defendant, however pleaded not guilty to the charges. The prosecutor pleaded with the court for a date for trial and also asked the court to remand the defendant in the custody of Nigerian Correctional Services (NCS) pending the determination of the charge.
Counsel to the businessman, Chief Benson Ndakara however told the court that the defendant bail application has been filed and same has been served on the prosecution.
Justice Oweibo granted the bail application of the defendant in the sum of N10 million with two sureties in like sum.
The judge ordered that the two sureties must be owner of landed properties within the jurisdiction of the court, with the evidence of tax payment for three consecutive years.
The judge ordered that the defendant be remanded in NDLEA’s custody, pending the fulfillment of the bail terms and adjourned the matter till October 27 for trial.