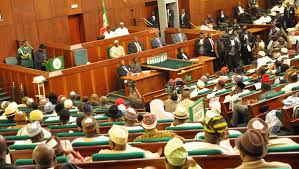 The House of Representatives Committee on Port and Harbour has said it will intervene in the recent hike in Peak Season Surcharge (PSS) by foreign shipping companies on Nigeria bound cargoes.
Towards this end, the law makers have vowed to summon the European Community Shipowners Association for an explanation.

The peak season surcharge has sparked outrage from members of the local shipping community, including the National Assembly.

Speaking over the weekend, the House Committee Chairman on Ports and Harbour, Datti Garba Mohammed, who also represents Sabon-Gari Federal Constituency of Kaduna state, said the 400 percent Peak Season Surcharges (PSS) by European Community Ship Owners Association on goods headed to Nigeria is illegal and against the agreement earlier entered into with the Union of African Shippers Council.

Mohammed said the House of Representatives will invite the European ship owners to explain the rationale behind the hike,  adding that Nigeria’s economy will be undermined with the hike.

“Our economy will be deeply affected as their will be loss of revenue and inflation due to the high cost of the goods that will be imported to Nigeria.
“Secondly, there will be a high cost of jobs in the maritime sector. Thirdly, this increment has made it difficult for importers to clear imported goods. This has exacerbated the problem of Apapa ports congestion and gridlock we are already battling with.
“So it will affect the maritime sector, and the Nigerian economy and life,” he explained.
“So as a parliament, we feel the peak season surcharge is illegal. We have written to all the shipping companies operating in Nigeria. We are inviting them to come and explain the rationale for the unilateral increment,” he said

He said, “We are in the midst of COVID-19 which has impacted the economy of the whole world. It has affected almost all countries in the world. We are struggling to come out of it.
“Suddenly the European Community Ship Owners Association just imposed unilaterally increase in surcharges which they called peak season surcharge.
“This surcharge is about 400 percent increment. This is aside from other charges that exist.
” This was done unilaterally without consulting their host, the Nigerian Shippers Council and other authorities that have to do with that.”
He said based on an agreement which was signed in 2010 and 2012 in Brussels with the Europeans, if there is need for any increase in surcharge, tax or any increase in charges, there should be contact between European Community Ship Owners Association and the Union of African Shippers Council so they can be on the same page. This didn’t happen”  he said.
The law maker added that the increment was a clear case of breach of the agreement signed between the two bodies