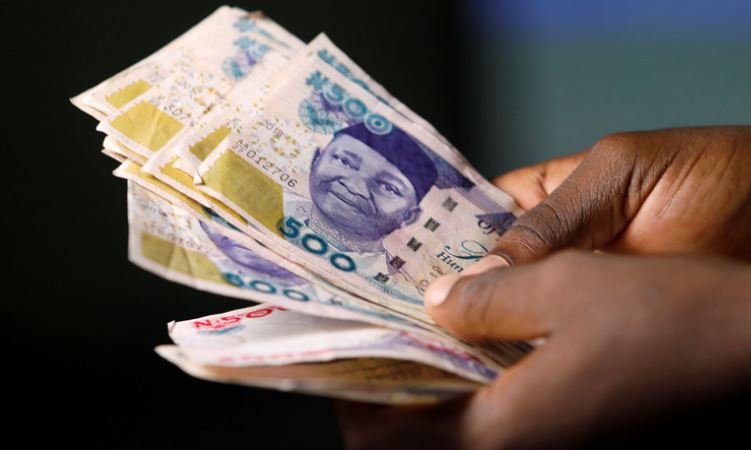 Nigeria’s currency fell 3.3% to hit a record low of 522 naira against the dollar on the black market on Wednesday, after the Central Bank banned sales of foreign currency to exchange bureaux, traders said.

The currency was quoted at 505 naira on the unofficial market before Tuesday’s announcement.

The Central Bank has said the bureaux have become conduits for graft and illicit flows of money.

Central bank Governor, Godwin Emefiele said the bank would channel more foreign exchange to commercial banks for consumers who had legitimate needs, and that it would no longer process or issue new licences for operators of bureaux de change.

The latest action is part of a series of restrictions by the Central Bank to support the Naira, whose depreciation is contributing to galloping inflation, analysts say.

Economists and traders said the currency still had further to fall, however, with Yvonne Mhango, sub-Saharan Africa economist at Rencap, predicting it would head towards 550 per dollar on the black market.

“We expect the resultant widening of the parallel market premium will place additional pressure on the naira to be devalued at the I&E FX window,” she said.

“From now it will be a free-fall,” one currency trader said. “No regulation any more. No one will tell us how much to buy or sell.”

An exchange bureau official who declined to be named said bureau executives will meet on Thursday to discuss Central Bank’s action and the sagging currency.

In 2016, the Central Bank banned the sale of dollars to exchange bureaux to avoid depleting Nigeria’s reserves after a sharp drop in oil prices.

The move triggered a 60% fall in the currency on the parallel market and a sharp devaluation on the spot market.

The bank devalued the Naira on the official market in May for the third time since the coronavirus pandemic took hold early last year, and has limited access to dollars for imports.

But a wide gap between the official naira exchange rate and the parallel market has persisted.

The Naira firmed to 405.00 per dollar in late trades on the official spot market.