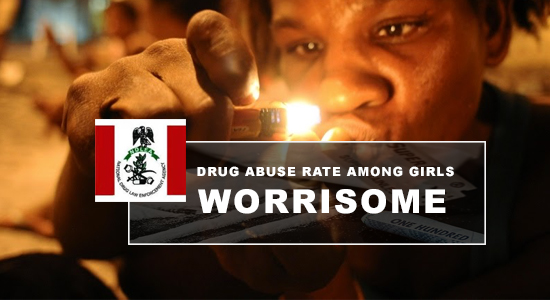 The President General, Comrade Adewale Adeyanju stated this while warning members of the Union against involving themselves in any act capable of denting the name of the Union, especially in drugs

Fuming, he said the Union would not tolerate such act neither would it defend anyone caught in such illegalities.

Findings have revealed that some workers in the port have been involved in pilfering containers containing controlled or outrightly banned drugs in the port.

In his message to dockworkers, the PG called on members to report any suspected person to the leadership of the Union or the appropriate quarters to avoid being accused of conspiracy in the illegal deals

The President General also vowed to disband any unit or district linked to any form of connivance with the syndicates, urging them to shy away from any form of drug trafficking in port operations.

He warned winch and crane operators to be watchful and vigilant about the content or nature of consignments they handle while at work, urging them to desist from any cargo that is not assigned for lifting from the vessel to  quayside.

He said that the drug barons have a way of involving innocent workers, thus members must be extremely careful not to be involved in the trending illegalities.

The labour leader further frowned at some sub stewards lackluster leadership attitude at the ports, urging them to be proactive in the line of duties to report any form of illegalities to relevant authorities or the district chairmen of the terminal for onward investigations.

According to him, any one caught in the syndicate chain will face the music alone without the union’ s involvement, adding that MWUN has a name and image to protect .

The union leader, who commended the Chairman of NDLEA, Buba Marwa for his remarkable achievements since appointment by President Muhammadu Buhari , affirmed that”The MWUN is a system that is bigger than us all and we don’t want our workers to be involved or connive with drug barons.

“You all know Alhaji Buba Marwa,former administrator of Lagos State; he is now the chairman of NDLEA and since he came on board, the man has been doing a good job with remarkable achievements in the area of drug seizures and arrest.

“The NDLEA Chairman has focused his attention to the seaports and I must commend him for the remarkable achievements made so far.

“We will not tolerate anyone caught and using the union’ s name to write statement after we have issued this strong warning to anyone.

“We will not defend anyone involved if caught, the union, branch, district and units will disown that person because we are warning everyone now,” he submitted.