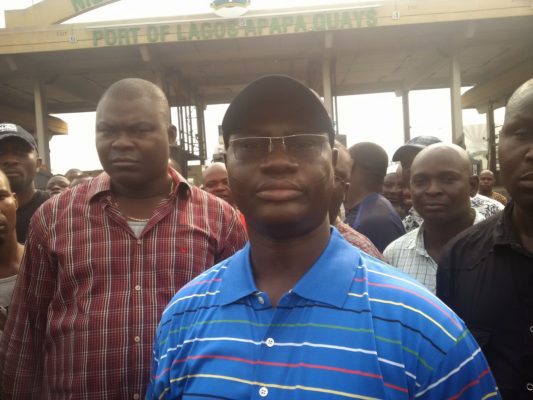 —-as Adeyanju bags another term in office.

The Maritime Workers’ Union of Nigeria (MWUN) has said it was totally unacceptable to employ more expatriates than Nigerian indigenes to perform same job with salary disparity in favour of the expatriates.

The President General of the union, Comrade Adewale Adeyanju, stated this on Friday at the 5th Quadrennial National Delegates Conference held in Lagos.

Adeyanju, who was re-elected unopposed for the second term in office as PG of the union, stated that the era where expatriates were employed and given undue advantage over indigenous workers would no longer be tolerated.

Earlier, he had stated that the union was in support of the call by the Nigeria Labour Congress (NLC) not to remove wages/salaries from exclusive legislation list to the concurrent legislative list.

“We strongly stand by the Nigerian Labour Congress in its call for an abolishment of this process.

Speaking on outsourcing of jobs to foreign companies, Adeyanju condemned in strong terms the development, saying jobs that are performed creditably by Nigerians are outsourced to foreigners even as he described the practice as endemic in the maritime sector.

He made reference to one of the port concessionaires, APMT,  that outsourced its security functions to foreign nationals who he claimed have no stake in the Nigerian project except for profit and capital flight.

He added that the development would undoubtedly send hundreds of Nigerian workers into the unemployment market while creating employment for foreign nationals.

He therefore called on such companies to stop such practice, saying it is at variance with the Nigeria Labour law.