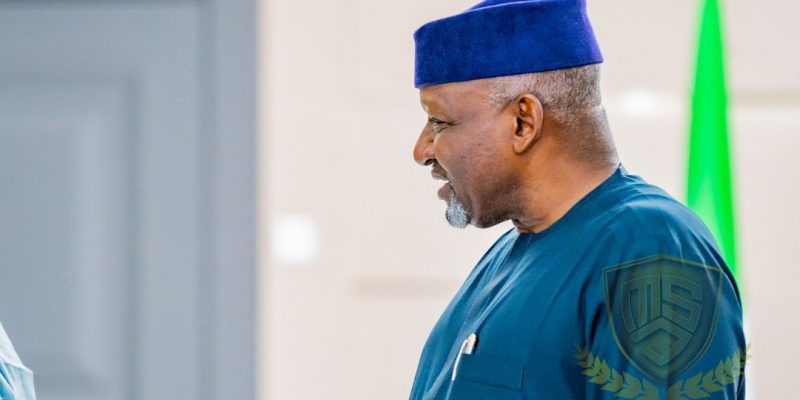 Abiola Seun The Minister of Transportation, Engr. Mu’azu Sambo has  raised the hope of indigenous Shipowners operating in the country, saying the federal government will ensure disbursement of $350million Cabotage Vessels Finance Fund (CVFF).Recall that the CVFF was an intervention fund created by the Federal Government for the development of indigenous shipping capacity in Nigeria to enable them maintain existing vessels or purchase new ones.       But, the fund has not been disbursed by the federal government 19 years after the Coastal and Inland Shipping (Cabotage) Act was enacted.    However, speaking when he visited the National Inland Waterways Authority (NIWA), Area Office, Port Harcourt, Rivers State, the Minister said the disbursement of the fund will enable indigenous shipping operators compete favourably with their international counterparts.                 Describing the CVFF as a low hanging fruit, the minister said it would support maritime activities which is the gateway to the nation’s economy.He said, “this is a fund that was established under the Cabotage Act in order to build domestic capacity.

” I want to say it here, that it is indeed a low hanging fruit. I will do anything within my power to make sure that fund is disbursed to Nigerians as quickly as possible so that Nigerian Shipowners can increase capacity as well as generate a welfare instead of patronising foreign Ships and money from such business taken out of the hands of Nigerians rendering us jobless and so on and so forth.”He stated further, “if we get our acts right, the maritime industry can replace the revenue from the oil.”Meanwhile, the minister also described inland waterway transportation as key to development of any country, especially those endowed with water.  The Minister ,who spoke against the backdrop of the commissioning of three patrol boats and 32- seater ferry boat, said inland waterway is cheapest and safest means of moving goods and persons.He said, “When I came here, a lot of people were wondering if we are going to succeed. But I did not only sustain the level of revenue that was sustained by my predecessors, but I even surpassed them,” he said.               He commended the Managing Director NIWA, Dr. George Moghalu, for the giant strides attained, saying “Seriously, MD, l am happy I came here today. If didn’t come, I would not have known the strides you have achieved.
“Without doubts, I think you have made the greatest impacts of all the Managing Directors that have served the Authority.” He continued, “Your tenure has moved the Authority from level 5 to Level 9.”Furthermore, the Minister observed that Nigeria is blessed in that regard as 28 States of the Federation can be accessed by water, hence the need to develop the sector. While promising to provide support in any capacity, he called on the MD to quickly operationalize the Marina Area Office in Lagos which has been identified as a hub for trans- shipping cargoes from Lagos through the Intercoastal routes like Warri and Onitsha. Speaking earlier, the Managing Director, NIWA, Dr. George Moghalu, informed that in less than a year, the agency commissioned over 20 patrol boats, as well as, a house boat, tugboat and water ambulance for distribution to various Area offices of the Authority.                           According to him, the act is part of the Agency’s vision to ensure that the nation’s Inland waterways provides a truly safe, efficient, cost effective and alternative mode of transportation of goods and persons as well as become competitive and attractive.                          Moghalu said, “the huge opportunities that abounds in the nation’s Inland waterways can only be maximized if concerted efforts are geared towards the development of infrastructure and proper funding to make the waterways attractive and competitive to players.”