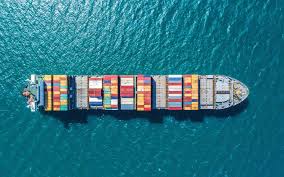 The Nigerian Merchant Navy Officers and Water Transport Senior Staff Association (NMNOWTSSA) on Tuesday, called on the Federal Government to engage private or foreign investors for the revamping of national carrier.

National President of the Trade Union Congress (TUC) affiliate, Comrade Bob Yousuo  made the call during a chat with newsmen in Lagos .

Yousou also assured members of the seafaring union of constructive engagement and interaction with government agencies over challenges confronting the shipping industry and workers’ welfare.

The President reiterated that shipping industry can only thrive when the government allows foreigners or private sector players to have major stake in shipping.

According to him, the Nigerian Liquified Natural Gas (NLNG) , shipping department is thriving massively due to synergy with foreign investors.

He stressed that government investment in the shipping sub sector would address the pitfalls of seafarers’ unemployment in Nigeria adding that revamping of national carrier would further  provide sea time for cadets of the various maritime academies in the country.

“National fleet that will be managed by any ministry, department or parastatals will not last because we lack maintenance culture.

“But if we can buy and partner with foreigners, then we are in for business because we will consider profit and we will look at the administrative aspect of shipping.

“We want the government to enter into more bilateral agreement with shipping industries worldwide because this will help to bridge the gap of unemployment of seafarers.

“And when they come, government should compel them to employ our seafarers as part of the local content law and cabotage act respectively.

“The Federal government through the Minister of Transportation and the Nigerian Maritime Administration and Safety Agency (NIMASA) can make it work because our institutions are gradually competing now.

“Maritime Academy of Nigeria (MAN) Oron,  Akwa Ibom state and others need a training vessel but with the national will help to address issues of training.

Speaking on forthcoming World Seafarer’s Day celebration, he called on government globally to x-ray the importance of seafarers and improve on the poor remuneration for them.

He pointed out that the  welfare package for seafarers have not been encouraging over the years and that these are some of the issues to be addressed in the forthcoming event.

The union has also  designated June 24 for the maiden  colloquium where critical players in the sub sector would proffer solution to the multiple challenges affecting Nigerian sailors.