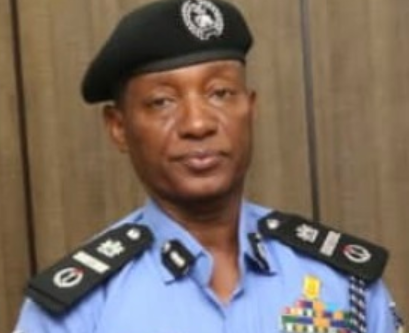 Segun OladipupoThe Assistant Inspector General of Police (AIG), in charge of Maritime, police command headquarters, Lagos, Ibrahim Sanni Kaoje, has called on importers and their agents to clear all their pending cargoes in the port without further delay.

AIG Kaoje however declared that except such a cargo is under suspicion and needed to be investigated.

He made the declaration during his working visit to the western Port command headquarters in Apapa, Lagos.

He added that he is working to make sure that port operations are not disrupted and also to rid the port of cargo congestion even as he called on those who hide under the guise of Police alerts to move their cargoes from the ports for efficient utilisation of the terminal spaces.

He asked importers and agents to report any cargo put under police alert for immediate action.

Earlier, he called on police operatives to embrace discipline in their areas of jurisdiction especially as elections approach.

He admonished the officers and men of the command not to pursue quick money, saying money would come at the right time.

Also speaking, the Western Port Police Commissioner, CP Jonathan Towuru promised that the command would henceforth police the Maritime space like never before.

On Ease of Doing Business, the commissioner restated the commitment of the command to ensure seamless clearance of cargo for efficient turnaround time in cargo clearing.

Earlier, he told the visiting AIG how the command had been able to transform within his short period by giving the command a facelift.