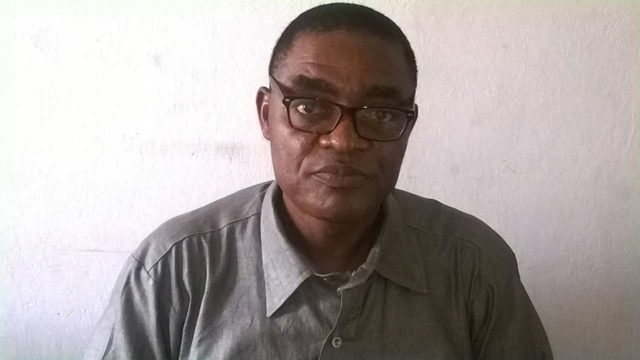 Segun OladipupoA maritime lawyer, Barrister Emmanuel Nwagbara, has called on the Nigerian Ports Authority (NPA) to dedicate a terminal to export goods.According to him, the system would be the beginning of meaningful progress in the foreign exchange earnings for the country.Barrister Nwagbara, who spoke with journalists on Friday at Eko Hotel, said that dedicating a terminal to export would boost interest of Nigerians in the international trade even as he decried that export is not receiving a boom because of the various frustrations and restrictions that exporters face moving their cargoes to the port.He said, “The way forward is export, export, export. Why don’t we dedicate some terminals for export only? That is the beginning of any meaningful progress“If Nigerian Ports Authority dedicates a terminal for exports only, a lot of people will show interest in export because as it is tight now, export is not receiving a boom because of the various frustrations and restrictions that exporters face moving their cargoes to the port.“You heard of perishable foods going bad before they get to the ship but all of this will be a thing of the past if we have a terminal expressly dedicated for export business. On the move by the federal Ministry of Transportation to settle out of court with terminal operators over the case lingering in court, Nwagbara who doubles as Managing Partner, Maritime and Commercial Law Partners, Apapa, Lagos, lauded the decision, saying it is a good tiding for the country’s economy.He added that such move was expected long before now but noted that it is not late yet,  believing it would engender cordial relationship between the parties.“It is a good tiding for the industry, we had expected that the step would have been taken before now but it is not late at all because the case is still pending the the Supreme Court and if it settled amicably, why not, the parties will rejoice. “It will be good for the industry and it will be good for the Nigerian economy.It has not been well since the case has been lingering because the good relationship between the providers of port service and users of port services have been injured“We hope to see a cordial relationship once this case is resolved, we seek to see mutual understanding in business interactions, we look to see that the industry gets back and start growing better and stronger.“Shippers’ Council was made economic regulator and of course, we have had resistance to the Shippers’ Council carrying out its mandate and it is expected also because it is a natural tendency in humans to resist control“But the law has said that Nigerian Shippers’ Council should serve as economic regulator, all stakeholders should support it in this role and I am calling on all agencies that have one role or the other to play in the port to cooperate with the Nigerian Shippers’ Council to carry out its functions because the law has empowered them to do so“Come to think of it, it is the body best suited to do so because as far as port business is concerned in Nigeria, it is a neutral party, an independent party.“So, it is rightly made this umpire when disputes arise, it is rightly given this mandate to regulate the pricing the system in the port with the view to reducing the influence of dominant party and to ensure that quality service is delivered in the Nigerian port