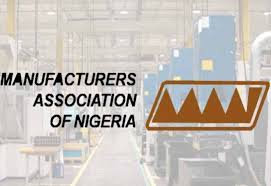 The Manufacturers  Association of Nigeria (MAN) has expressed concerns over the continued closure of the country’s borders over for over a year now, saying the exercise was no longer sustainable.
Speaking over the weekend in Lagos after the MAN 48 Annual General Meeting, the association’s President, Mansur Ahmed, explained that the land borders were shut partly to stem “smuggling and massive importation of counterfeit and unacceptable products.”

The other reasons included promoting consumption of locally produced and manufactured goods, thereby increasing investment and growing the economy, as well as job opportunities, among others.

According to Mansur, this was undertaken “while looking at the measures to eliminate the importation of these fake products in the first instance, and to also take the opportunity to improve the infrastructure for import and export trade, which will enable us to end smuggling.”
However, “we believe, and have written to government recently, that since the borders were closed, there had been enough time to control smuggling and dumping of fake products into the country.
“With that, we believe that the borders should now be open, because we are now about to start AfCFTA (Africa Continental Free Trade Agreement), and this agreement obviously means that we cannot sustain the border closure.
“It is important we open the borders immediately so that our importers and various marketers legitimately trading in various countries in the West African sub-region could resume, otherwise some of them would lose significant market.”