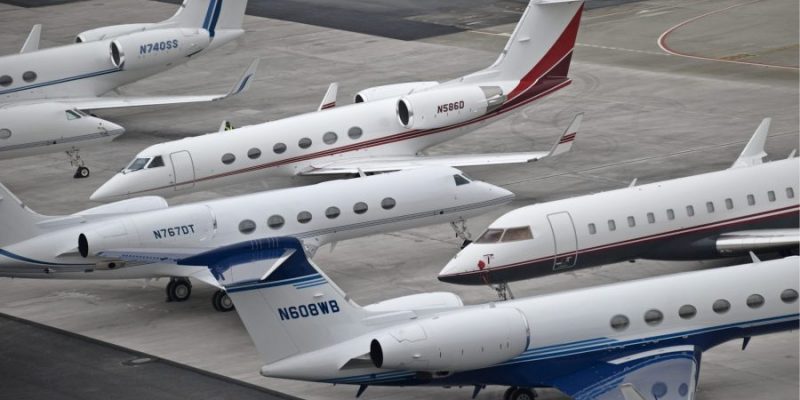 The price of Jet A1(aviation fuel) has skyrocketed , leading to an increase in one way ticket fare from N30,000 to at least N50,000, investigation has shown.

Even, Dana Air that has the cheapest air fare in the country has also increased its fare to N50,000.

However, airline operators over the weekend raised the alarm over the skyrocketing price of aviation fuel by over 100 per cent to N400 within a year.

The operators, however,called on the federal government to address the infrastructure challenges in the industry in order to enhance the on-time performance of operating airlines, especially the scheduled operators.

Speaking with Journalists, Dr. Obiora Okonkwo, the Chairman, United Nigeria Airlines (UNA), lamented that the sudden high rise in the price of Jet A1 (aviation fuel) in the last one year has had a negative impact on the operations of airlines in the country.

According to him, when his company commenced flight services on February 12, 2021, the price of aviation fuel was just N190 but regretted that the price has jumped to N400 per litre within a year.

Besides, Okonkwo explained that the exchange rate had also jumped from N340 to N570 to a dollar within the same period, stressing that it was pertinent for the government to look critically into the development of the industry.

He noted that without the aviation sector, the economy would collapse while its contributions to the Gross Domestic Product (GDP) would also be adversely affected.

Okonkwo emphasised that the sharp rises in the price of aviation fuel, foreign exchange and other amenities, had made rubbish of the plans by operators in the country, stressing that “things are happening very fast in Nigeria.”

He said, “The aviation industry in Nigeria has witnessed a whole lot of inconsistencies in the last one year. For instance, when we started on February 12, 2021, the price of aviation fuel was only N190 per litre, but today, the same product goes for N400 per litre.

“Also, the first foreign exchange we had about a year ago was N340 to a dollar, but today, it is between N450 to N570, especially if you are sourcing from the other market.

“Aviation fuel could easily become about 30 to 40 per cent of your cost of operations.
” 99 per cent of aviation components are foreign exchange denominations. A ticket was about N2,000 in the year 2000, which was about $100 then, but look at the situation today.”

However, Okonkwo insisted that despite the inconsistency in the operating environment in Nigeria, the airlines, especially UNA would not relegate safety and security in the discharge of their duties.

Sen. Adeyemi canvasses exemption for FAAN  from remitting 25 per cent IGR to FG