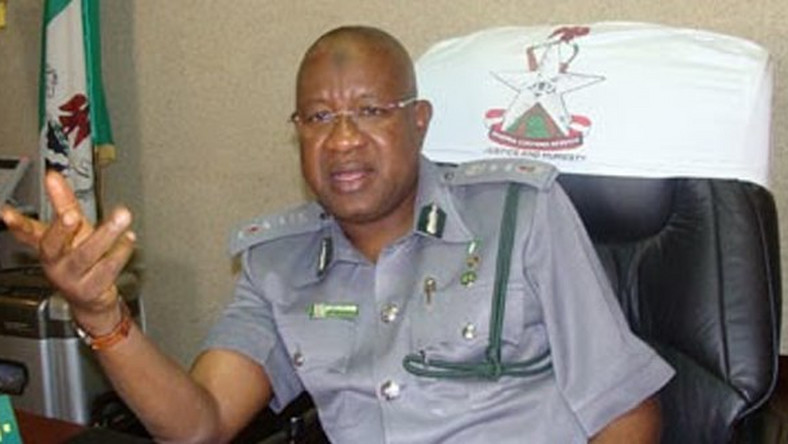 He attended Government College, Kaduna in 1974 where he obtained the West African Senior School Certificate Examination in 1980. He later obtained a Bachelor of Science degree in economics and Master of Science degree in Finance from the University of Dimitrov Apostle Tshenov, Svishtov, Bulgaria.
Though his academic qualifications were subject of controversy at the early years of his leadership of the Customs.
He joined the Nigerian Customs Service in 1988.
He has served in various customs commands including Seme Border, Tincan Island Port, Apapa, Imo Command, Kaduna, Badagry Area Command, Investigation and Inspection Headquarters, Abuja Badagry Area Command before he was appointed as Controller-General of Nigerian Customs Service on 26th August 2009.
His tenure as the Comptroller General of Customs has been described as exemplary, as he had played a significant role in the transformation of the Nigerian Customs Service

In June 2016, Dikko was arrested and interrogated by the EFCC. He had to surrender himself to the anti-graft agency after months of scampering out of the country.

The following year, the EFCC recovered 17 exotic vehicles alongside other items from his warehouse in Kaduna.

Dikko was also said to have quietly entered into a plea bargain agreement with the Federal Government to refund $8 million believed to have been misappropriated during his tenure.

Consequently, a Federal High Court in Abuja ordered the EFCC to stop any form of prosecution of Dikko for financial infraction while in office.

But many frowned on the plea bargain Dikko entered into with the Attorney General of the Federation which they believed was not in concordance with the anti-corruption agency.

It was gathered that while he thought the storms were over, Dikko heard of another move to arrest him and put him on trial.

As a result, he was said to have quickly requested permission to travel abroad for another medical treatment.
Of course, that didn’t stop the process as the ICPC, early last year, slammed charges on Dikko in absentia.
He is now being prosecuted alongside Garba Makarfi, a former Assistant Comptroller-General of Customs in charge of Finance, Administration and Technical Services, and one Umar Hussaini, a lawyer.

Dikko was accused of inducing one Yemi Obadeyi, an Abuja-based estate developer, to pay the total sum of N1,100, 952,380.96 into the account of Capital Law Office, a company belonging to Hussaini, for the purchase of 120 units of duplexes as residential accommodation for officers of the Customs.

But Dikko has not been present to face his trial since then. This led to the fresh warrant of arrest issued by Justice Ijeoma Ojukwu of the Federal High Court in Abuja on the grounds that Dikko had consistently failed to show up for trial.

It was gathered that Dikko has tried to worm himself into those who matter within the ruling party APC and even allegedly made substantial contributions, financial and logistics, during the general election.

He would be buried today,Friday, February 19th, 2021 according to Muslim rites.

How Covid-19 changes the face of Nigerian Aviation sector

Bello hands over to Ezedinma as acting Executive Secretary