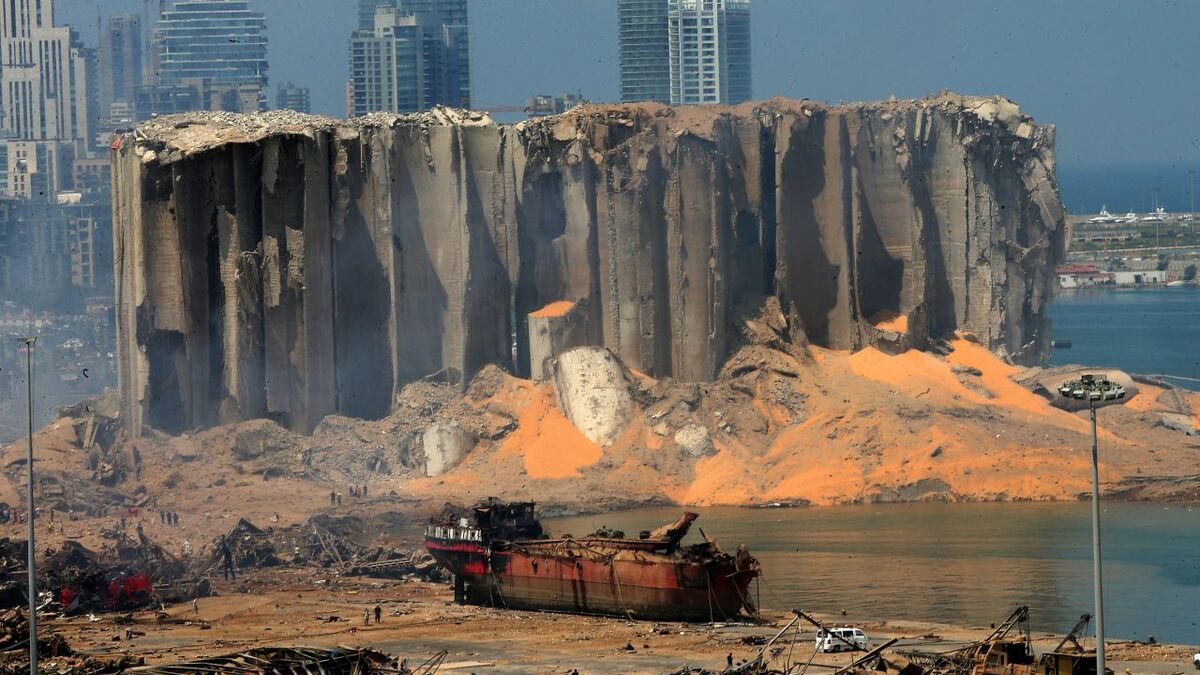 Lebanese public prosecutors have asked Interpol to issue arrest warrants for the Russian captain and owner of cargo vessel Rhosus, from which a shipment of ammonium nitrate was confiscated back in 2013, Reuters reported citing Lebanese NNA news agency.

Boris Prokoshev has been identified as the captain of the Rhosus ship at the time, while Igor Grechushkin, a Russian businessman in Cyprus, as the owner, according to Reuters.An estimated 2,750 tons of ammonium nitrate taken from the ship is believed to be the source of the deadly blast that rocked Lebanon’s capital in August 2020. TOPSHOT – EDITORS NOTE: Graphic content / This picture taken on August 4, 2020 shows a general view of the scene of an explosion at the port of Lebanon’s capital Beirut. – Two huge explosion rocked the Lebanese capital Beirut, wounding dozens of people, shaking buildings and sending huge plumes of smoke billowing into the sky. Lebanese media carried images of people trapped under rubble, some bloodied, after the massive explosions. (Photo by STR / AFP) (Photo by STR/AFP via Getty Images)

The explosive material has reportedly been poorly stored at a port warehouse, despite numerous warnings of the risk it posed to the port’s safety.

CNN informed earlier that the Director of Lebanese Customs requested the dangerous cargo be removed from the port in 2014, 2015, 2016, and 2017.

At the request of Lebanese authorities, Interpol has deployed a specialized IRT to Beirut following the explosion that resulted in the death of more than 200 people.

Interpol’s IRTs are deployed at the request of a member country during a crisis situation and are tailored to the specific nature of the disaster or crime and the requirements of the country.

The tragedy has put a major pressure on the local authorities to determine who should be held accountable for the explosion as allegations of government negligence started to rise.

An investigation into the case has resulted in the arrest of around 20 port and customs officials.

Meanwhile, hearings are underway in Beirut as the investigation into the cause of the blast resumes.

The former Minister of Justice Shakib Qortbawi, and member of the Supreme Council of Customs Hani El Hajj Shehadeh, are among the lastest ones to testify in their capacity as witnesses.

The blast is believed to have caused between $3.8 and $4.6 billion in damage to infrastructure and physical stock, according to the estimates of the World Bank.

The three main economic effects of the explosion are losses in economic activity caused by the destruction of physical capital; trade disruptions; and losses in fiscal revenues for the government, the bank said.

International efforts are underway to bring humanitarian aid to Beirut and assist thousands of people who were left injured and homeless.

Lebanon was already facing an economic downturn prior to the explosion, driven by the spillovers from the Syria conflict, whereby Lebanon continues to host the largest refugee per capita population in the world.

The COVID-19 impact coupled with the blast has only exacerbated the poverty rates.

What is more, a massive fire erupted at the Port of Beirut on 10 September just a month after the deadly explosion.

Firefighters and Lebanese Armed Forces helicopters managed to bring under control the fire that broke out in a warehouse containing lube oil and tyres at the Lebanon capital port.

The incident sparked outrage among Lebanese people as claims started to emerge that the government was attempting to hide evidence related to the cause of the tragic August blast.