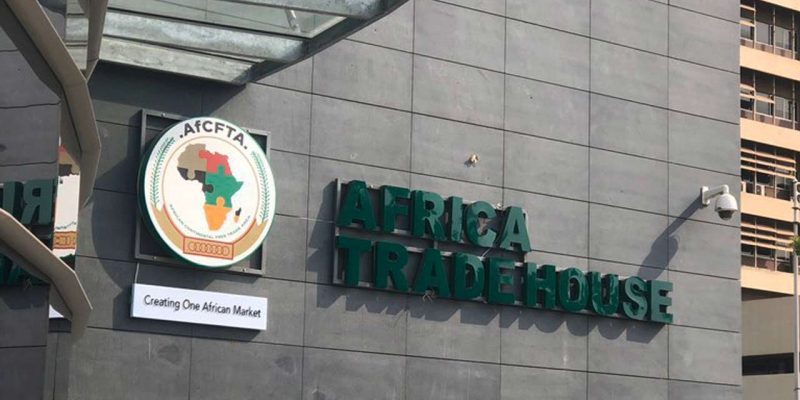 The Director General, Lagos Chamber of Commerce and Industry (LCCI) Dr. Muda Yusuf has said that most of the problems that may deprive the country of the gains of the African Continental Free Trade Agreement (AfCFTA) are coming from the maritime sector.He also expressed disappointment over lack of cooperation among industry’s agencies’ chief executives.

Yusuf averred that until there is harmony among the agencies, the sector would continue to experience hiccups.

He spoke on the theme: Assessing Nigeria’s preparedness to maximize the gains of AfCFTA,

“Am happy we have quite a number of maritime players in attendance here, most of the problems with AfCFTA is coming from the maritime sector”

Yusuf said some of agencies operate as monopoly, affirming that the sector lack dispute resolution mechanisms to tackle issues confronting the Industry.

He lamented that the sector lack Industry regulatory framework and might militate against International trade.

The LCCI boss said 90% of cargoes move by sea, thus the Industry must be top notch but noted that such is not attainable in Nigeria

Speaking earlier, Managing Director/ Editor in Chief, Primetime Reporters Newspaper, Mr. Augustine Nwadinamou stressed that the annual ritual couldn’t hold in 2019 due to logistics reasons, adding that the 2020 was suspended due to the coronavirus pandemic lockdown.

While stressing the 2021 theme, Nwadinamou noted that “It is indeed, no doubt the continent of Africa is on the match to a new dawn- a new phase for attaining inclusive and sustainable development across the continent through the AFCFTA.

“Six months into the commencement of the free trade in the continent, not much has been heard about its expectations but for few references in some occasions. Let us not forget that before now ,many Nigerians have been so skeptical about AFCFTA owing to the infrastructure deficit inherent in the country”

The publisher added that lack of information by the concerned stakeholders may also pose greater challenges to the success of AFCFTA, arguing that Nigeria must address the bottleneck in order to benefit from the agreement which seeks to create a single market in Africa.

He explained that with a single market with population of 1.2billion people and a combined Gross Domestic Product of $3.4 trillion, the continent trade agreement also harped on the need for methodically harvest and integrate all data associated with AfCFTA into it’s system for easy deployment, access and use by the trading public.

Chairman of the event , Barrister Osuala Nwagbara, while speaking with newsmen, shortly after the programme, harped on the need for more awareness strategies in promoting AFCFTA.

Nwagbara, a maritime lawyer, pointed out that some shippers are still ignorant about the gains and benefits of AFCFTA, pointing out that the Continental trade agreement is still a work in progress.

The maritime lawyer stated also that National Action Committee on AFCFTA was working tirelessly to create the desired awareness but urged it to  up the ante.

However, he expressed optimism that Nigerian investors would benefit from the continental trade