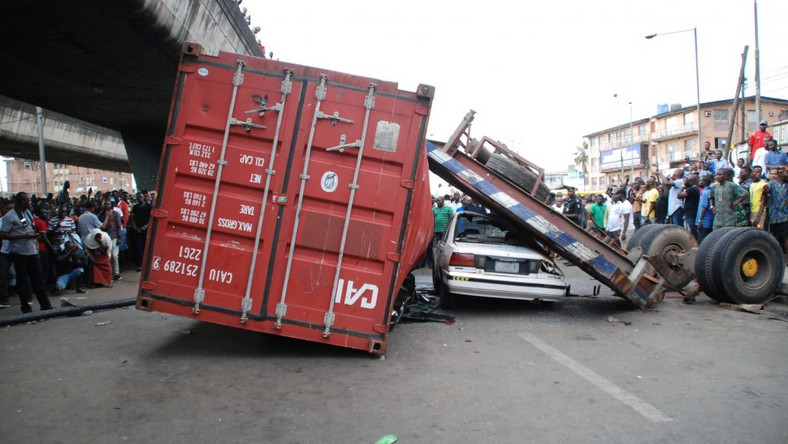 The Lagos State Government has put plans together to restrict the movement of trucks and trailers from the hours of 9pm to 6am.

The State Commissioner for Transport, Frederic Oladeinde, in a meeting with stakeholders revealed  the move was geared towards curbing road crashes in the state.

Oladeinde said, “This is part of the continuous efforts of the present administration to curb the consistent road crashes attributed to the activities/operations of trucks/trailers on our roads which led to loss of lives and property.”

The commissioner disclosed that an average of 5766 vehicles get into Lagos while 5831 move out of Lagos on daily basis.

He explained that it was essential that the trucks were restricted to certain routes in Lagos.

He said, “Containerised trailers can no longer travel during the day. It has to be within the ambit of 9pm and 6am. We will also be enforcing the capacity limit of 45,000 litres to tankers.

“Any tanker that carries more than 45,000 litres will be confiscated. We will be restricting containerised trucks to specific routes. They will be regulated via a scheme to ensure drivers are competent and of good character.”

An engineer from the Ministry of Transport, Abdulhafis Toriola, explained the kind of vehicle being banned from the road in daytime.

“We are referring to any vehicle that is more than six feet which must align by the instruction,” he said.

Toriola gave truckers the designated routes they must follow. He advised them to go through tollgate-Alapere- Ogudu- Gbagada- Oshodi- Apapa expressway to connect to Apapa port.

He added, “Trucks cannot go from Costain to Surulere, Funsho Williams and Ikorodu road anymore. However, trucks that are six wheels and below can go that route.”