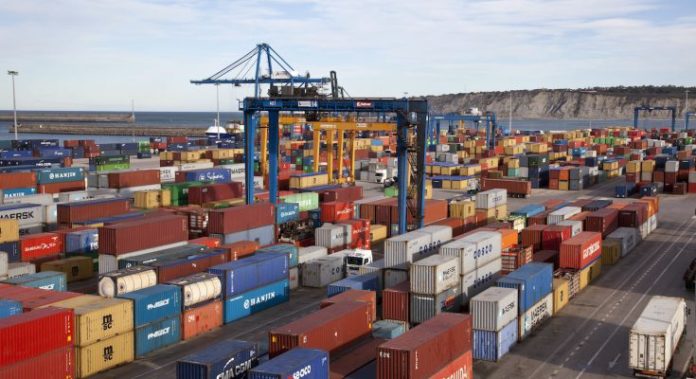 The Nigerian Ports Authority (NPA) has said that the two ports in Lagos—Lagos Port Complex and Tin Can Island Port Complex ,are operating above their installed capacity.

“What it simply means is that if they were built to handle 500,000 Twenty-foot Equivalent Units (TEUs), for instance, probably they are now handling about 700, 000 TEUs,”

He said the situation had led to massive congestion.

“There is no space to expand the ports. What we need to do is to improve on the activities in the ports, in terms of efficiency,” he added.

Bello-Koko also spoke on the Apapa gridlock and declared that the deployment of infrastructure under the electronic call-up system for trucks had eliminated it by more than 80 per cent.

“The fact that the gridlock has reduced by 80 per cent is verifiable. In addition to the deployment of the Eto platform, we are currently promoting multi-modal transport systems through the use of barges for the movement of cargo in and out of the ports,” he said.

“From our observation, this development has tremendously reduced congestion at most terminals, thereby improving port efficiency.

“The little remnants of the gridlock in some areas in Apapa are due to the very poor state of the Tin Can Port-Mile 2 corridor, which is under construction. When the road rehabilitation is completed, the little traffic you see now will be completely eliminated.

“Most of the road networks on the Tin Can, Cocoa Nut–Mile 2 axis are at various stages of reconstructions and so the ETO infrastructure has not been deployed in that area.

Bello-Koko explained that as part of efforts to deploy the electronic call-up system, about 27-29 truck transit parks were developed across Lagos state with the collaboration of relevant stakeholders, including the Lagos state government.

“Of this figure, only about eight have fully deployed the eto infrastructure which includes automated gating systems and IT equipment,” he added.

“Apart from some of the challenges we enumerated earlier, which border on human interference, the e-call up has been able to streamline cargo evacuation and truck movements, thereby bringing a level of sanity to the roads in Apapa.

“The disappearance of the Apapa gridlock could be attributed partly to the new policy on empty containers which compels shipping lines to take at least 80 per cent of their empty containers.

“We monitor this to ensure that they take this number of containers before they sail away.”

How NPA is tackling corruption on port access road- Bello-koko