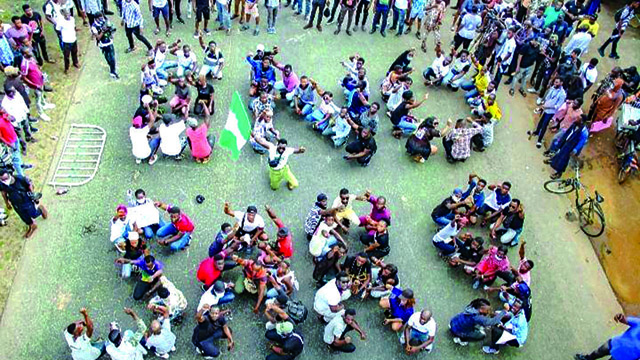 The judicial panel set up by the Lagos State Government to probe the menace and brutality of the disbanded special anti-robbery squad (SARS) has announced the approval for the reopening of the Lekki tollgate.

A retired Judge, Ms. Doris Okuwobi heading the panel, stated this on Saturday after five of the nine-member panel voted to return the control of the tollgate to the Lekki Concession Company (LCC), the operators.
She hinted that insurers can start the assessment of the damage at the facility, rebuild and resume its business.
“No party has shown evidence of any further need to investigate the tollgate.
“The panel in its ruling had decided that it will not take that ground and will only maintain control until its forensic experts conclude their report.
” The report is ready as the panel has been satisfied therefore and the assurances from the forensic team that it will no longer require any visit to the plaza.
” The panel has decided that it will not await the termination of the petitioners before it hands over control of Lekki to LCC.
“To say that its wreckage be preserved as evidence beats my imagination. Whatever evidence any interested person decides to have must have been taken before now as the petitioners do not have any review before the panel to restrain the use of the toll plaza.
“Justice, I must say is a double-edged sword both for the petitioners and the LCC. The company was unfortunate to have its place of business vandalised during the protest. The investigation alluded to from certain persons sent to give evidence before the panel has not been seen to have any connection with the real evidence at the scene.
“It will be foolhardy for any reasonable petitioner to say the toll plaza be closed for the lifetime of the assignment of the panel. The hearing of petitions of victims has not been seen to be tied to the closure of the plaza indefinitely. It is unheard of that a crime scene of this nature would be closed.
“Upon all said, I thereby give an order for LCC to repossess the toll gate which has been under the control of the panel upon indication given that the forensic analysis of the said toll plaza are to be concluded.
“The order made for repossession is for evaluation of the plaza by LCC insurers, renovation and total control,” Okuwobi said

Keep harmful foreigners away from our shores and borders –  Minister