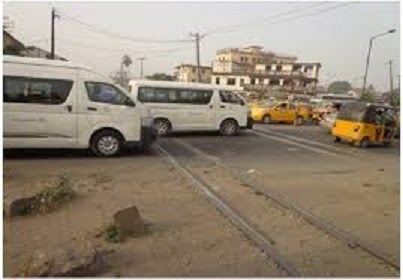 The Lagos State government has said the Marina-Mile 2 rail project will be operational by year 2022.

The Commissioner for Transport, Lagos State, Mr. Frederic Oladeinde, disclosed this during a media roundtable, stating the State entered into a partnership with the Federal Government on rail construction to diversify the mode of transportation.
He buttressed further that the first 12 kilometre of the Blue Line rail project, from Marina to Mile 2 will become operational come 2022.
“From Mile 2 to Marina takes about two hours right now, by the time we implement that, it will take 30 minutes.
“The Red Line is also a very important project which this government has embarked on. It’s very important because that corridor caters for about a million trips and with the fact that the federal government is building that corridor to actually develop the Lagos-Ibadan rail line, the Lagos state government saw the advantage in collaborating with the federal government in sharing that corridor.
“And so we have signed the sharing agreement, all negotiations have been done, the Lagos state government will be adding some more stations. The federal government is developing three stations, that’s Ebute Metta, Iju, and Agbado.
“Lagos state will be incorporating Oyingbo, Ikeja, Yaba, and some other stations just to be sure we are able to move people from Agbado to Oyingbo in 30-35 minutes rather than the 2-4 hours that people are experiencing right now.
“And once that Red Line is completed, it will be able to cater for 450,000 passengers per day.
“That line will eventually end up in Marina, but the first stage is to develop Agbado-Oyingbo section,” Oladehinde said.
He, however, maintained that Lagos State is open to private sector investment towards developing the Green Line (Marina to Lekki Free Trade Zone), Orange Line (Ikeja to Agbowa), Yellow Line (Ota to National Theatre) and Purple Line (Redeemed to LASU) while a monorail would be constructed for Ikoyi and Victoria Island.
Oladeinde explained that for all these to be achieveable, the State government would have demolished more roundabouts and junctions in a bid to reduce traffic time and solve the problem of traffic congestion.
“You will discover that most of our roundabouts are now bottlenecks, rather than solving problems they are now creating problems.
“What the current administration has done is to locate all the 60 gridlock points, that is the roundabouts and junctions that are causing problems and what we are doing is to reconfigure most of them.
“We have successfully restructured all existing internal loans. At a time they were hovering around 20 per cent and the first phase of restructuring brought interest on those loans down to 14 percent.
“With the current economic reality, we went into negotiation with our financial institutions to bring down the interest payment,”
“Once you are able to save money from debt service obligation, you are able to deploy more funds to provide more infrastructure such as roads, health, and youth empowerment, among others.
“Today, our existing loan payment interest is at 12 per cent and this has brought about N15 billion in terms of cost-saving,” he said