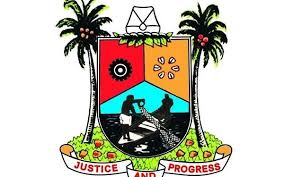 The Lagos State Government has announced that traffic from the Main Carriageway inbound Anthony will be diverted from Monday, May 3, 2021.

The diversion which is to enable ongoing reconstruction on Ikorodu Road will last for a period of four weeks.

The state Commissioner for Transportation, Dr. Frederic Oladeinde, in a statement issued, said the diversion was necessary to address the worsening state of the access road at the Independence Tunnel, Maryland.

He explained that the road needs to be fixed urgently to prevent further deterioration of the section, especially with the expected rainfall in the coming season, adding that the repairs will minimise the congestion frequently experienced by motorists along the corridor.

The Commissioner advised motorists coming from Ibadan-Lagos Expressway to go through Oworonshoki to connect Gbagada and descend the ramp at Anthony to access Ikorodu Road during the repair works.

He also disclosed that the recently improved Maryland Junction will also be opened temporarily during the construction period to accommodate traffic coming from the Ojota axis and Ikorodu, stressing that a temporary traffic light will be installed to manage the influx of vehicles that will ply the flyover.

He said, “Alternatively, motorists will be diverted to a counterflow on the Ojota bound lane during peak hours to minimise the inconveniences during the course of the repairs.

Oladeinde maintained that the officers of the Lagos State Traffic Management Agency would be on the axis to direct traffic, adding that traffic signs and signals will be also be strategically placed in the area to guide vehicular movement during the stipulated period.

He, however, revealed that a trial run of the traffic management system would commence on Tuesday, April 27, 2021, to test the aforementioned traffic diversion plans ahead of the set date and make necessary adjustments where necessary.

The Commissioner appealed to motorists plying the corridor to endure the likely inconvenience that may be occasioned during the period, as the project is aimed at finding a lasting solution to traffic congestion in the axis in line with the efficient traffic management and transportation policy of the state government.