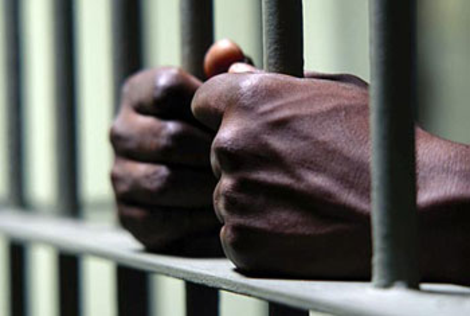 A Federal High Court sitting in Lagos has sentenced a Ghanaian, Elisha Sokpor, to three years imprisonment, for exporting 10 kilograms of Tramadol tablet and injection to his country, Ghana.

Justice Chukwujekwu Aneke, convicted and sentenced the Ghanaian after he pleaded guilty to the two-count charge of unlawful dealing in the said banned drugs, preferred against him by the National Drugs Law Enforcement Agency (NDLEA).

The convict, a resident of Agbozume Volta Region of Ghana, according to NDLEA prosecutor, Mr Ichakpa Oigoga, who stood in for Mr. Abubakar Aliyu, was arrested on October 15, 2020, at Nigerian Airforce Military checking point, located at Ahanve-Owode Area of Badagry Local Government of Lagos State, while attempting to smuggle the drugs enrouté Benin Republic to his country.

Ichakpa told the court that the convict was caught with 1 kilogram of Tramadol tablet and 9 kilograms of Tramadol injection named Tramadol Hydrochloride.

According to the prosecution, the offence is contrary to and punishable under Section 11(b) of the National Drug Law Enforcement Agency Act Cap N30 Laws of the Federation of Nigeria 2004.
The convict, pleaded guilty when the charge was read to him.

In view of his guilty plea, the prosecutor,  urged the court to convict and sentence him as charged.

He, therefore, urged the court to temper justice with mercy, by not giving the maximum punishment for the offences.

While considering Okaka’s plea, Justice Aneke, said he is mindful of the negative effect of the hard drugs in our society, he consequently sentenced the convict to three years imprisonment on each count.
Justice Aneke ordered that the terms of sentence should run concurrently, adding that the jail term will start counting from the day of his arrest.