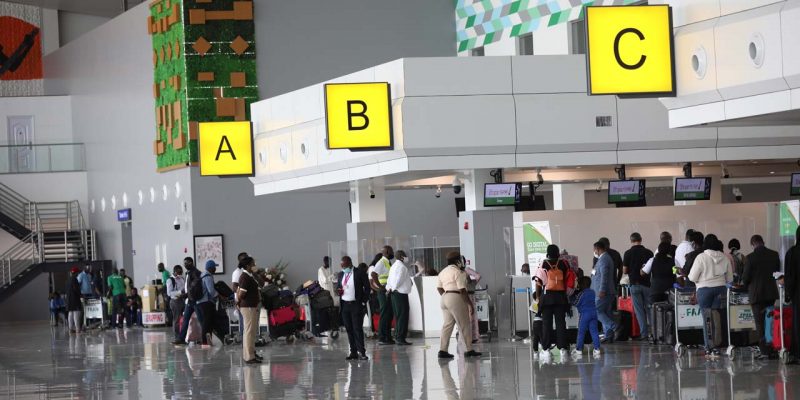 At the Nnamdi Azikwe International Airport, Abuja, a passenger, suspected to have suffered high blood pressure, died on Wednesday morning, after doctors failed to respond.

The passenger was at the boarding gate area waiting for flight when she collapsed and all efforts to assist her by other passengers proved abortive , after which, she was pronounced dead by a passenger-doctor.

A lawyer, Felix Ashimole, who goes by the alias Che Oyinatumba, on Facebook posted the incident.

According to the post, the woman allegedly died due to the absence of medical team at the airport.

The post reads: “Death in an airport! Where is the money they claim was sunk into renovating the airport to world standard?

“For 13 minutes, no FAA medical personnel. She died in my hands and a few others. A medical doctor on his way to Kano tried but he finally said ‘We lost her.’

“But she would’ve been saved had FAA provided basic insulin. She was diabetic. Her sugar went high; She entered a coma; No medical attention; She saw the light and moved towards it.

“We kept calling her, Mama Tobi, Mama Tobi, don’t leave us, wake up, Good morning but saliva trickled down, foams bubbled and I knew she had seen a better place and wouldn’t be coming back!

“FAA and the entire airline staff on ground were …acting as if è no concern them.

“They kept announcing boarding and never used their speaker to ask if there is any medical personnel on ground.

“Some passengers that went to their sickbay reported that there was nobody in there!

“Finally they brought an ambulance from their fire fighting department, to take her corpse away!”

Another passenger, who spoke on the issue at the airport said: “I cannot confirm that a passenger died. I am not a medical doctor but I know that a passenger was unconscious and she was attended to and taken to the hospital.

“So, I am not a medical doctor to confirm whether the passenger is dead or not dead,” the unnamed passenger stated